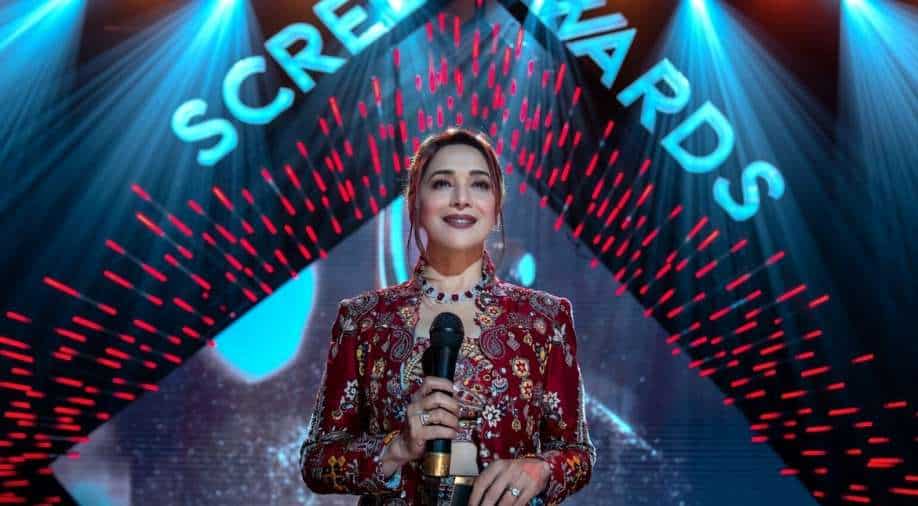 After several misfires, Madhuri  Dixit Nene who left the Hindi film industry in 1999 to concentrate on marriage and motherhood, has finally made her come back. Netflix’s series 'The Fame Game' which casts her as a  Bollywood superstar gone missing, finds Ms Dixit Nene in sparkling form.

The show's producer Karan Johar tells me Madhuri was the first and only choice to play the superstar, Anamika Anand.

It was in 2007, 8 years after Sanjay Leela  Bhansali’s 'Devdas' when  Madhuri quit Bollywood,  that her comeback vehicle was planned by none other than Aditya Chopra. The film 'Aaja Nachle' had Madhuri playing the author-backed tailormade role of an NRI dancer returning home to find her roots.

I had spoken to Madhuri after the film’s release. She was unfazed by its failure. “There's no fear of failure in me. I'm just happy that something different has been attempted in my comeback film. There's no hero in the film. But I won't call myself the film's hero. I'm the female protagonist. I remember when I met Aditya Chopra for the first time my first question to him was - do people still want to see me? He looked at me very strangely and said, 'Don't worry about that.' But I was really concerned.”

Coincidentally she  did a  lot of dancing in  'Aaja Nachle'  as she’s seen doing 'The Fame Game.' In both her choreographer is Vaibhavi Merchant.

About her mythical dancing skills, Madhuri had said, “It just comes naturally to me. Earlier, I had many of my best dances choreographed by Saroj Khanji. And she was the boss. I just listened to her when she cracked the whip. In Aaja Nachle I was working with Vaibhavi Merchant who's an ardent fan of mine. And she was quivering on the first day. I had to call Vaibhavi aside and warn her we could do no work if she was going to be so nervous about me. So, earlier Sarojji used to calm me down, this time I was calming my choreographer down. I was very impressed by her. We got along very well.”

There is no doubt that  Madhuri Dixit is the last of our screen queens. But when was the last time we saw her wowing us? After Aaja  Nachle she was seen in some further fiascos like Gulaab Gang, Total Dhamaal and  Karan Johar’s lavish disaster Kalank, KJo’s own Razia Sultan, Kalank is referenced very prominently in The Fame Game when Madhuri’s screen daughter is seen watching Madhuri in Kalank and mouthing its lines.

In the all boys-no-sense atmosphere of  'Total  Dhamaal'  Madhuri  Dixit was as out of place here as a riff of gospel music in a rave party. Not much of a choice, really since her comeback in  2007 was a bit of a damper. The Yash Raj film about an  NRI returning to her roots and Indian classical dancing in  'Aaja Nachle' was specially designed for her.

The film flopped and  Madhuri hastily returned to her home in the  US. But the itch to face the camera never leaves the movie star,  unless she is Rajshri, Vyjanthimala or Suchitra Sen, the only three actresses  I know who never looked back once they retired. For the rest, whether it was Mumtaz(and her disastrous comeback in  Pahlaj Nihalani’s 'Aandhiyan')  or Urmila Matondkar (her even more disastrous item number in last year’s  'Black Mail'), they all want to return.

Jaya Bachchan and Sridevi made a spectacular comeback in 'Silsila' and 'English Vinglish', respectively. Dimple Kapadia returned to the camera after years of marriage and motherhood in 'Sagar'.

If only Madhuri Dixit were that lucky! After her failed attempt at a comeback in  'Aaja  Nachle' she again made a comeback 7 years later  (that itch again!)  in Abhishek Choubey’s  'Dedh Ishqiya'. This time the critics were happy and the audience was tantalized as her character had shades of lesbianism in it. However, 'Dedh Ishqiya' was not a  blockbuster and it did not open the floodgates for  Madhuri’s second innings. During the same year, Madhuri was seen in another female-hero avatar in  Gulab Gang which flopped resoundingly. No more was seen of Madhuri on screen for the next five years. During this period she was constantly in the news for various activities on television and the internet.

In 2018 she did her first Marathi film Bucket List which seemed inspired by Sridevi’s English Vinglish and  Vidya Balan’s 'Tumhari Sulu'. 'Bucket List' was not the success it was meant to be although Ranbir Kapoor made a guest appearance as a return gift to  Madhuri who did an item song(completely out of place)  for Ranbir in 'Yeh Jawani Hai Diwani.

To see her prance in a trance in 'Total Dhamaal' to an imaginary comic rhythm was like watching Deepika Padukone play the lead in 'Gully Boy'. It was not becoming for an actress of Madhuri’s dignity and grace to be hopping and skipping in the Big Boyz Burlesque Club.

Finally, at last,  in 'The Fame Game'd Madhuri hits the right notes.In this web of illusion and deceit, she is a divine  presence, a  fully certifiable  diva,  chickensoup for the soul , tonic for the eyes and a feast for the senses.