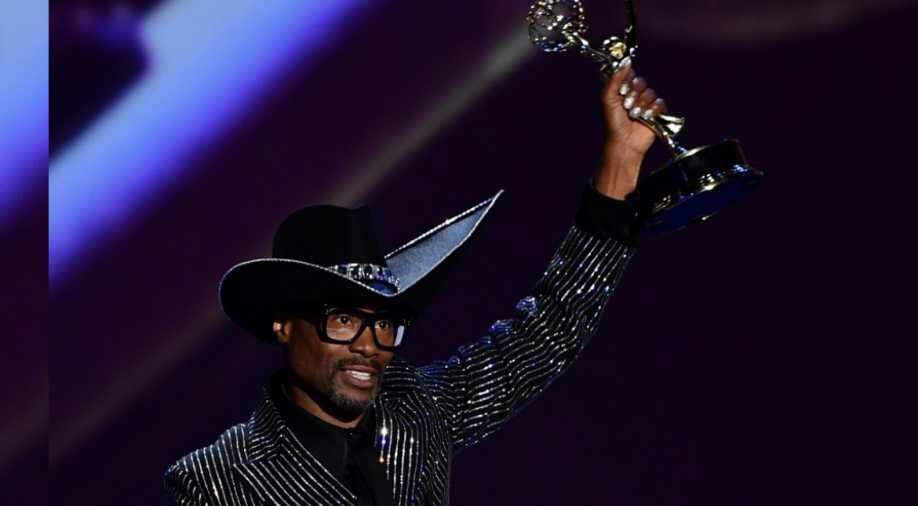 The nominees this year featured numerous female-driven stories by female writers like 'Fleabag', 'Killing Eve' and 'Russian Doll', as well as representation in the LGBTQ community with drama 'Pose'.

Representation in television was applauded by many of the nominees of this year's Emmys as they walked the purple carpet on Sunday (September 22).

Tan France from the television series 'Queer Eye' told Reuters "I think the world is desperate for more stories to be told. I think the agenda that was set many, many years ago is archaic and I think that it brings us together when we tell more diverse stories and finally we're in a position where things are moving in the right direction. We're finally on the right side of history."

The nominees this year featured numerous female-driven stories by female writers like 'Fleabag', 'Killing Eve' and 'Russian Doll', as well as representation in the LGBTQ community with drama 'Pose'.

"I just think it's really important that we recognize there are all sorts of television viewers and everybody has to feel they're being seen," said 'Fleabag''s "Hot Priest" Andrew Scott. He added, "A lot of the time a certain faction of the community were being seen and everybody else felt like they were being ignored."

Alan Ruck who plays one of the leads in 'Succession' told Reuters "Everything has changed radically. The best work you're going to find is on TV, it's not really in movies anymore. They don't make movies about human beings so these kinds of stories you're going to find on television, you're not going to find them in a movie theatre and besides, I'm not sure how long theatrical motion pictures are going to last. Do you? It doesn't seem like they're going to stick around much longer."

Although her show 'The Good Place' didn't win an Emmy, Jameela Jamil was celebrating a victory she has sought over the past few years through her 'I Weigh' campaign. She successfully worked with Instagram and Facebook to bring about changes to the social media giants regarding the sale of diet products to teenagers, and that any posts by celebrities endorsing them will be taken down.

She told Reuters "I only got into this so that I could have the social responsibility. I've been an activist since I was 19 and I worked out very young that it's easier to change things from the inside rather than the outside so I'm a Trojan horse. I'm just here to shake things up and to make sure that we're looking out for young people's mental health. I really care about that. No-one looked out for my mental health. My role models were rubbish when I was younger. And so I'm here just to try to change the narrative and make it cool to look after young people."