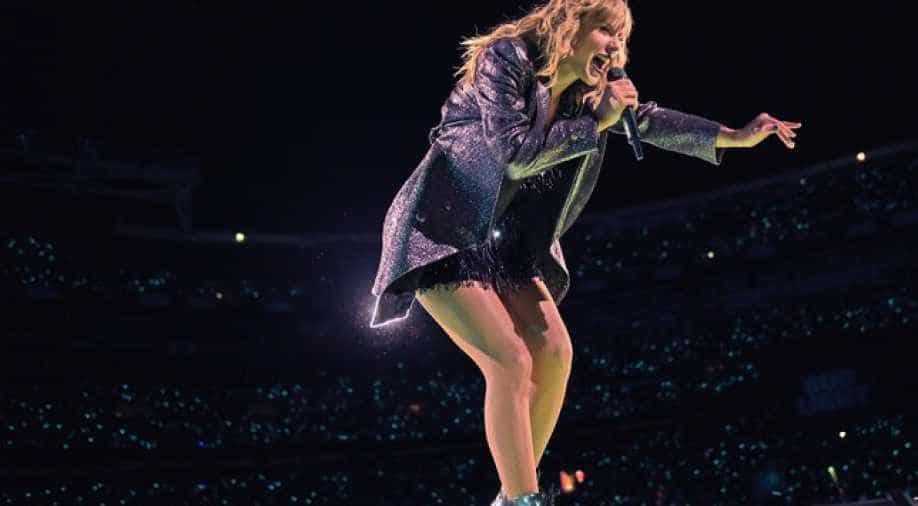 The much-talked-about concert tour will stream from December 31 on the platform.

If there was one pop singer that had an eventful 2018, then it has to be Taylor Swift who was on top of every music chart and bagged records left, right and centre.

Taylor’s ‘Reputation’ concert tour became the highest-selling tour in the US history and you can gauge its popularity by way of its demand on streaming platforms. There is good news for people who missed it as the tour is now coming on Netflix.

Netflix launched a dramatic trailer for the ‘Reputation’ stadium tour which premieres on the platform globally on December 31.

As you see the first few minutes of the stadium tour, you can hear Taylor say: “When she fell, she fell apart. When she finally rose, she rose slowly.”

While she narrates, there are shots of screaming crowds and stage crammed with dancers and musicians, you then heard a voice saying: “She heard echoes of new words. Without your past, you could never have arrived here.” and Taylor adds, “I want to talk to you about something” and “I love you guys so, so, so, so much.”

The Netflix film will show the expanse of the show which is a 60,000-person run event including pyrotechnics, fireworks, multiple stages and a 63-foot cobra.