Taapsee Pannu celebrates one year of 'Thappad' while shooting for 'Dobaaraa' 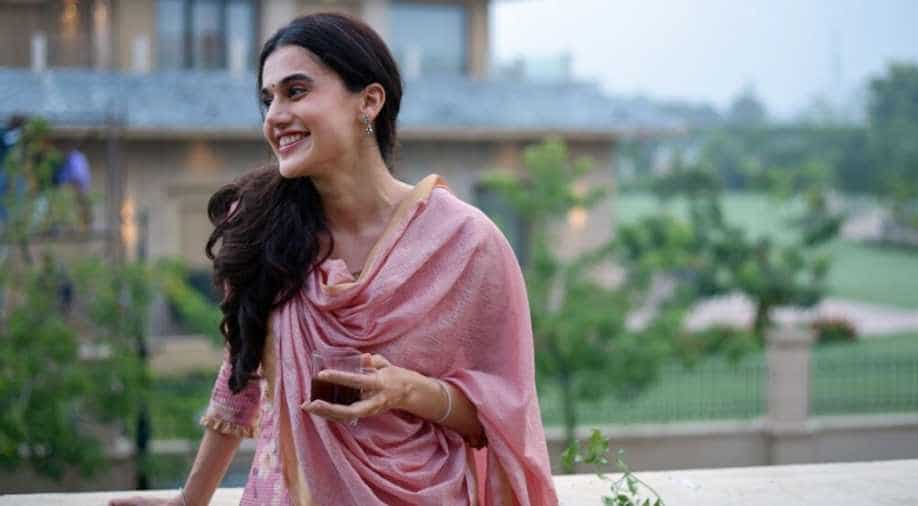 `Thappad`, helmed by Anubhav Sinha, featured Taapsee as the protagonist who refused to tolerate domestic violence in the name of love and relationships and Pavail played the role of her husband.

It's been one full year since Bollywood's critically-acclaimed film 'Thappad' released and the film's actress Taapsee Pannu is commemorating the occassion.


Taapsee Pannu on Sunday shared the last post of her #DobaaraSeries, commemorating the one-year anniversary of Thappad. Taking to her Instagram handle, she shared a photo featuring her 'Thappad' co-star Pavail Gulati, who will be seen sharing screen space with Taapsee in the upcoming outing `Dobaaraa`.

Pavail also starred opposite Taapsee in `Thappad`, hence jestfully taking a dig at his character`s arc in the 2020 movie she captioned the post as, "My last of the #DobaaraSeries Coz some collaborations deserve to be repeated. Since this man had some u finished business in Thappad so this is a chance to mend his mistake."

Commemorating the first anniversary of `Thappad`, she added, "@pavailgulati Today exactly after ONE YEAR of #Thappad , I can Only hope he doesn`t lose the woman #dobaaraa P.S- let`s see in which parallel universe we were meant to be."

`Thappad`, helmed by Anubhav Sinha, featured Taapsee as the protagonist who refused to tolerate domestic violence in the name of love and relationships and Pavail played the role of her husband. Taapsee`s current movie `Dobaaraa` being helmed by Anurag Kashyap, marks the duo`s third collaboration after 2018`s hit `Manmarziyaan` and biographical drama `Saand Ki Aankh`, which had Anurag on board as a producer.

The movie will be produced by Cult Movies - a division under Ekta Kapoor`s Balaji Telefilms, along with Sunir Kheterpal`s ATHENA and Gaurav Bose`s The Vermillion World Production. Meanwhile, Taapsee has a flurry of films in her kitty including `Shabaash Mithu`, `Haseen Dillruba`, `Rashmi Rocket`, and `Looop Lapeta`.