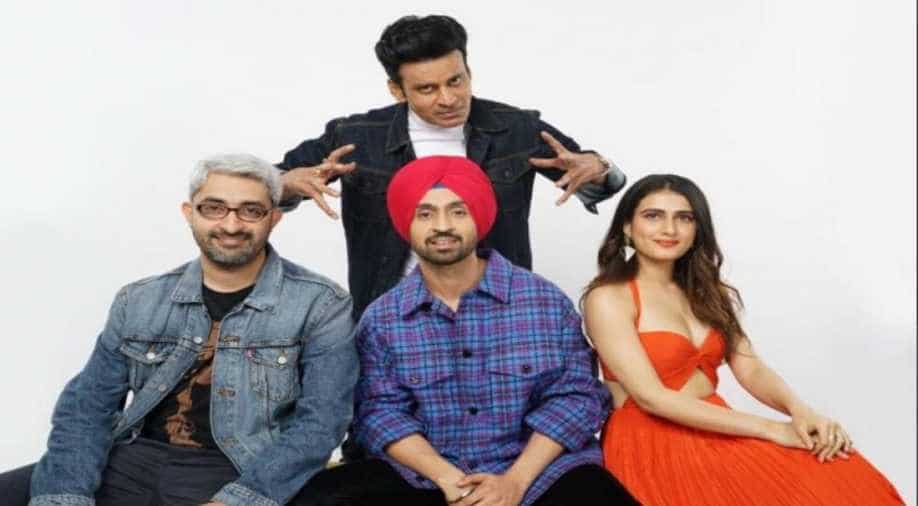 Manoj Bajpayee, Diljit Dosanjh and Fatina Sana Shaikh have now come together for a film titled ‘Suraj Pe Mangal Bhari’. Hailed as a family entertainer, the film will bring together the trio for the first time and we are all excited to see them share the space in a film.

‘Suraj Pe Mangal Bhari’ will be directed by Abhishek Sharma and it will start filming in January 2020. Speaking about his film, he said, “The movie is set in the innocence of 1990s when there was no social media or mobile phones.”

He added, “With awesome actors like Diljit, Manoj, Fatima, and a fantastic ensemble cast, I am sure we will be able to create an entertaining narrative for our family audience. I am proud and excited to be associated with Zee Studios' first in-house production. It's a start-to-finish schedule; we start shooting on January 6 till mid-March and release it before year-end.”

Trade analyst Taran Adarsh made the announcement as he shared a picture of the trio and wrote, "IT'S OFFICIAL... #DiljitDosanjh, #ManojBajpayee and #FatimaSanaShaikh to head the cast of #SurajPeMangalBhari... Directed by Abhishek Sharma... Produced by Zee Studios... Filming begins 6 Jan 2020."

As for the stars, Diljit Dosanjh will also be seen in Akshay Kumar starrer ‘Good Newwz’ along with Kiara Advani, Kareena Kapoor while Manoj Bajpayee is filming the second season of ‘Family Man’. Fatima Sana Shaikh will be seen in Anurag Basu’s next and in Ali Fazal starrer horror-comedy film ‘Bhoot Police’.