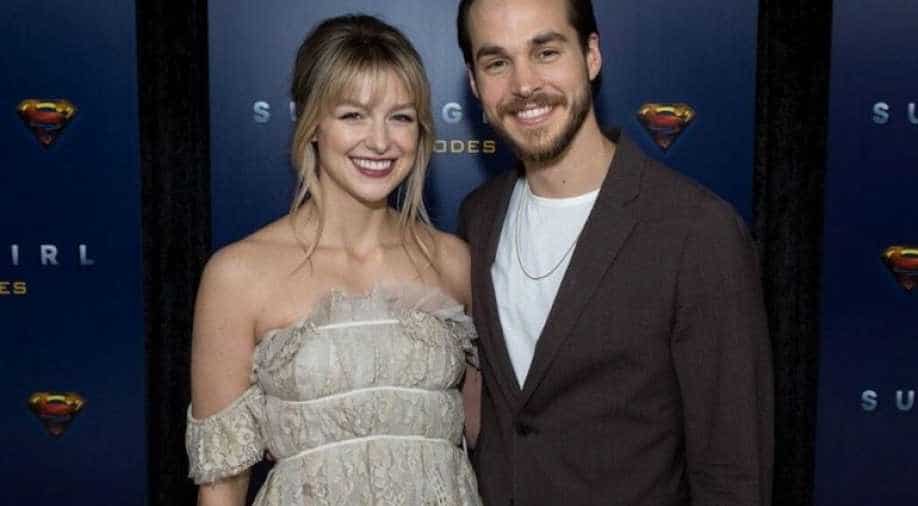 The couple shared the news few days after a spokesperson for The CW confirmed that the 'Supergirl' will end after its 6th season.

By sharing the picture of his little hand, she also revealed the name of the baby, ''Huxley Robert Wood got here a few weeks ago, and this little boy is everything'', she wrote.

In March, Melissa revealed she was expecting her first, by saying, ''her husband has always been an old dad by nature but now he’s going to be a real one!''

The couple's shared the news few days after a spokesperson for The CW confirmed that the 'Supergirl', on which Melissa played the title role since its 2015 beginning, will end after its upcoming sixth season. "To say it has been an honor portraying this iconic character would be a massive understatement," Benoist wrote alongside a photo of herself as Kara Zor-El.

To say it has been an honor portraying this iconic character would be a massive understatement. Seeing the incredible impact the show has had on young girls around the world has always left me humbled and speechless. She’s had that impact on me, too. She’s taught me strength I didn’t know I had, to find hope in the darkest of places, and that we are stronger when we’re united. What she stands for pushes all of us to be better. She has changed my life for the better, and I’m forever grateful. I’m so excited that we get to plan our conclusion to this amazing journey, and I cannot wait for you to see what we have in store. I promise we’re going to make it one helluva final season. ♥️ el mayarah 💪 @supergirlcw

The couple reportedly met on the set of 'Supergirl', were romantically linked for the first time in 2017. They got engaged in February 2019 and tied the knot in September, at a private estate in California.