Srishti Shrivastava on her breakout role in 'Gulabo Sitabo': Everyone needs a Guddo in their life, including me 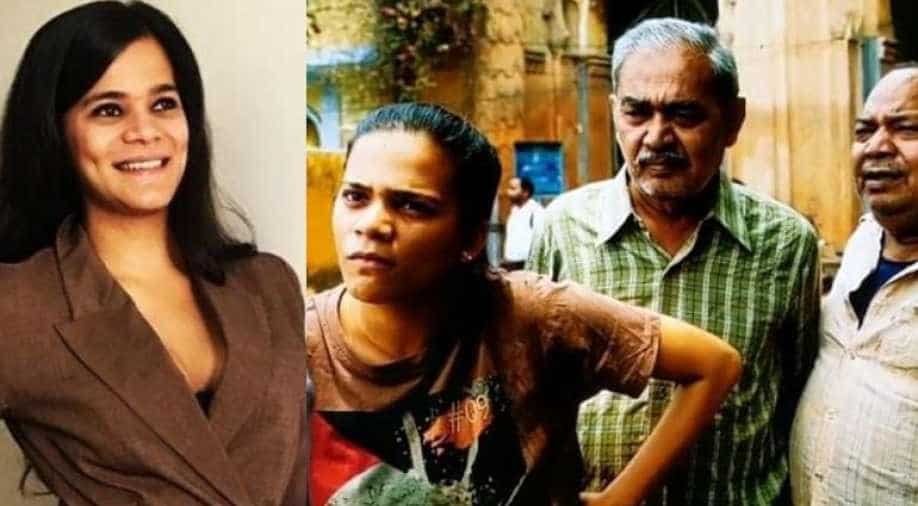 Srishti Shrivastava and a still from 'Gulabo Sitabo' Photograph:( Instagram )

Shoojit Sircar’s recent film ‘Gulabo Sitabo’ may have Amitabh Bachchan and Ayushmann Khurrana playing the lead characters- but the film, written by Juhi Chaturvedi, also had a memorable supporting cast.

A story predominantly about two men who are constantly trying to outwit each other- the film’s women characters too stood out. From 86-year-old Farukh Jaffar- who played Fatima Begum, to Srishti Shrivastava- who played Guddo- the film’s women were individualistic and held their own in front of the men.

Srishti, a known face on the web thanks to numerous TVF sketches and series, played the strong, calculative Guddo with ease. Someone who knows her strengths and is ambitious unlike her brother Bankey (Khurrana) Guddo knew how to deal with men double her age – with charm, sensibility and confidence.

“Everybody in life needs a Guddo, including me,” said Srishti while speaking to WION recently. “I also need sometimes a reality check. Guddo is great. She is really someone you could look upto and if someone is doing too much nonsense, just make her stand there,” the actress said explaining her character.

Srishti’s performance won her praise from across but the actress said the high point was when Amitabh Bachchan sent her a handwritten letter praising and congratulating her for her performance after he watched the rough cut of the film. “I have so many actors getting that letter, and I dreamt of getting one someday. Isike liye kaam karna hai,” the elated actress said.

It was the 5th of March, at around 6pm, the doorbell rang. My mother started screaming my name out and I ran to her to see what happened. She said ‘सृष्टि, अमिताभ बच्चन के घर से letter आया है’ It was surreal! Thank you @amitabhbachchan sir, for being the actor you are. For being the man you are. I am very lucky that I got to work with you and witness you perform in front of my eyes. And thank you to @shoojitsircar, @juhic3 and @jogifilmcasting for giving me Guddo!❤️ And @ayushmannk, Vijay Raaz and Bijendra Kaala for making this a memory of a lifetime. 🧜🏻‍♀️🧜🏻‍♀️🧜🏻‍♀️

For Srishti, working with Amitabh Bachchan was a dream come true. A fan of the superstar like millions of others right from her school days, she recalls how starstruck she was when she first visited his residence with the rest of the crew. “It was during narration. Of course, I didnt show how nervous and excited I was but I was in awe for sure.” The next time she met Bachchan was on set. “We were waiting for our shot when he turned his personal fan towards me and said, “Madam aapko hawa to aa rahi hai na?” that moment was everything for me,” she said with excitement.

Srishti was also all praises for her onscreen brother Ayushmann Khurrana. “He is so much fun to be around, makes the set a happy place - he talks to everyone. One doesn’t feel a star is on set- he comes on set as an actor, chills with us, it was great.”

For Srishti, the toughest scene in the film was with actor Vijay Raaz. “I was anxious the night before for the scene. I had to understand the crux of it, understand why she is doing what she is doing, I remember Shoojit Sir explaining to me that that’s how she is. I went and sat on the set beforehand when Vijay Raaz came, there was so much give and take between the two us as actors- the scene became what it is. It turned out to be a fun scene eventually.”

Owing to her work on the web(including a viral video ‘Why Should Hot Girls Have All The Fun and series Girls Hostel) and her cameo in ‘Gully Boy’, many feel that Guddo was an extension of her real personality. Srishti, though, begs to differ. “People think I am badass and very direct and it comes to me easily. But the reality is I am not as badass and it doesn't come naturally to me. In real life, I am a different person.”

“I had to really work hard on Guddo. As a person, I am very eccentric and I want to do big things. Like on stage(she does theatre regularly) I have been asked to subdue by performance in terms of body language. Similarly, Guddo is less but is more at the same time. So it was fun finding that rhythm.”

Srishti feels that with the expansion of digital space in India, there’s a lot of work for actors now. She admits that digital has a wide variety of content to offer but the magic of cinema is unmatched.

She is four films old- including a memorable cameo in ‘Gully Boy’, and the actress candidly admits that she wants to play lead roles in films. “I became an actress because I wanted to play a heroine in Hindi films. Not here for people to call me and say that there’s a role of heroine's best friend, I want them to offer me lead roles. I want to do everything-sing and dance, I want fly- everything!” says the actress before signing out.