'Spider-Man: No Way Home' finally has a release date 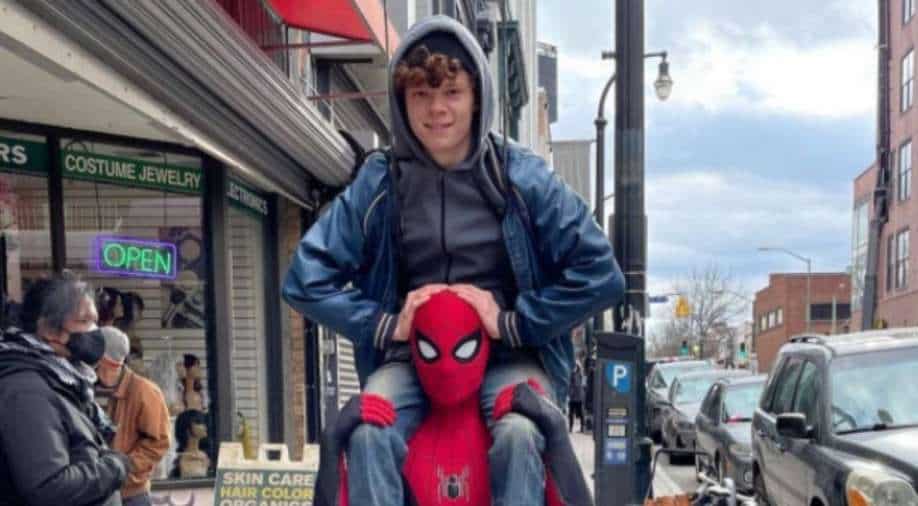 Tom Holland on the sets of 'Spider-Man 3' Photograph:( Twitter )

Marvel has officially announced that 'Spider-Man: No Way Home' will arrive in theaters on December 17, 2021.

It's all things Spider-Man this week for Marvel fans. After releasing the title of the much-anticipated film, now the makers have revealed the release date of the third installment featuring our friendly neighborhood hero.

Marvel has officially announced that 'Spider-Man: No Way Home' will arrive in theaters on December 17, 2021.

The announcement came along with two other major release-date announcements from Disney, the premiere date of the Disney+ series Loki on June 11, and the latest Star Wars spinoff Star Wars: The Bad Batch on May 4.

Both of the previous movies in the Spider-Man series had summer release dates but in order to avoid the ongoing uncertainties due to the COVID-19 pandemic and the delays caused, that the date has been shifted to December.

The announcement does say "Only in theaters,", so it appears, as of now, the plan is to have a traditional big-screen release, rather than the Disney+ route that several movies have taken this past year.

Recently, Tom Holland appeared on The Tonight Show Starring Jimmy Fallon and he specifically shot down the rumors that Tobey Maguire and Andrew Garfield would appear in the movie. "It would be amazing if they were [in the movie] because they haven't told me that yet," Holland joked. "I am Spider-Man, and I've read the script from the beginning to the end, so it would be a miracle if they could have kept that from me!"

We do know that most of the main cast from the previous installments - Holland, Zendaya, Jacob Batalon, and Marisa Tomei - will be back for a third go-round. Also in the cast: Benedict Cumberbatch's Doctor Strange and, reportedly, Jamie Foxx and Alfred Molina as, respectively, Electro and Doc Ock.