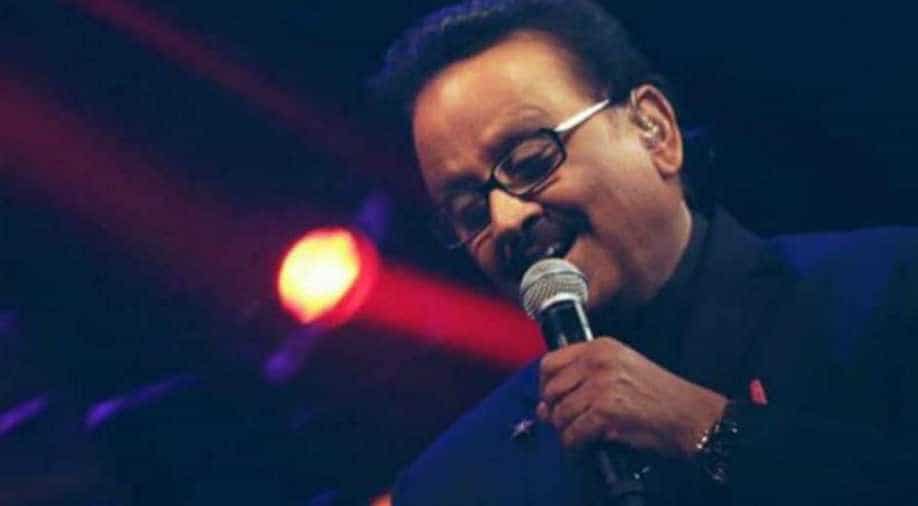 Popularly known as SPB and Balu, the singer died on Friday in a hospital in Chennai after battling coronavirus for more than a month.

Legendary playback singer SP Balasubrahmanyam is no more. Popularly known as SPB and Balu, the singer died on Friday in a hospital in Chennai after battling coronavirus for more than a month. He was 74.

Speaking briefly to the media outside the MGM Healthcare, the singer's son SP Charan said Balasubrahmanyam passed away at 1.04 pm. and thanked the hospital officials for the treatment and service.

In an illustrious career spanning over 5 decades, SPB had sung more than 40,000 songs. He was undergoing treatment in MGM Healthcare since August 5 when he had first tested positive for coronavirus.

The singer had shared in a video message on his Facebook page that he had mild symptoms but had tested positive for the disease.

“Last two to three days, I have been having a little discomfort. Discomfort means little chest congestion, which for a singer is nonsense,” SPB said in his video message.

“I am perfectly alright except the cold and fever. Fever has also subsided. In two days, I will be discharged, and I will be home. Lot of people have been calling me. I couldn’t attend all the calls. I have come here mostly to take rest, so there won’t be any disturbance to me, and to take medication. Don’t bother calling me. I am fine. I will be fine,” he said.

He had been in critical condition the past few weeks and the last medical update from hospital had stated that the singer was on life support for the past few days.

The veteran singer had also dabbled in acting and been a part of several blockbuster films.