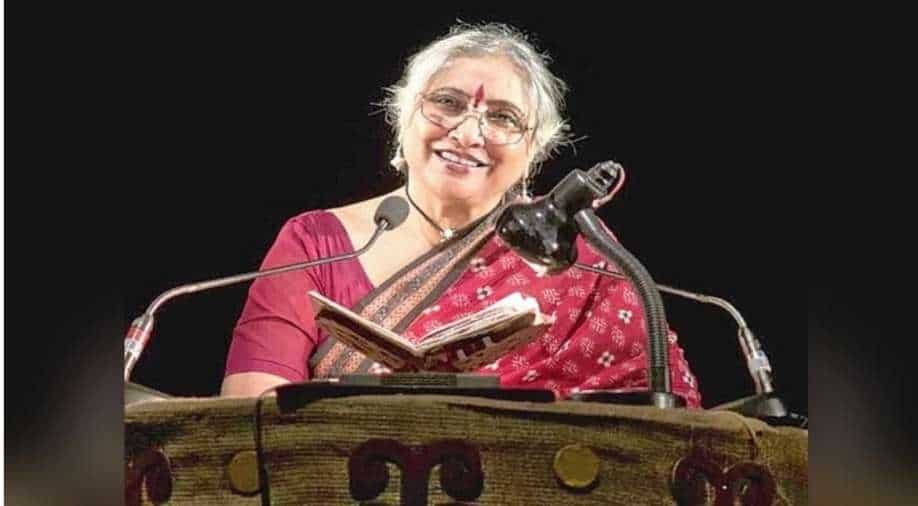 Daughter of legendary theatre artistes Sambhu Mitra and Tripti Mitra, Shaoli Mitra was cremated at Sirtri crematorium just like her father, without much fanfare.

Indian theatre personality Shaoli Mitra is dead. The veteran actress passed away at her Kolkata residence on Sunday evening due to age-related ailments. Reports suggest she was suffering from heart-related ailments for a long time but had refused to be hospitalised. She was 74.

Daughter of legendary theatre artistes Sambhu Mitra and Tripti Mitra, Shaoli Mitra was cremated at Sirtri crematorium just like her father, without much fanfare.

Shaoli, who was the recipient of Sangeet Natak Akademi in 2003, Padma Shri in 2009, and Banga Bibhusan in 2012, will be remembered by her fans and critics alike for her solo performances as Draupadi in 'Naathvati Anaathbat' (which she also wrote and directed), and as Sita in 'Sitakatha' or Bitata Bitangso.

Mitra had spent many years with the famous theatre group 'Bahurupi', which was founded by her parents, Sambhu Mitra and Tripti Mitra.

West Bengal Chief Minister Mamata Banerjee who had a very close association with Shaoli said, "I am deeply saddened by the demise of Shaoli Mitra, a prominent personality of Bengali drama and eminent theatre personality".

"Shaoli Mitra was my long-time colleague. She was with me in the Singur-Nandigram movement. She worked closely with me when I was the railway minister. Later, when we formed the government, she became the President of Bangla Academy and did valuable work with responsibility. The Government of Bengal awarded him Bangabibhushan in 2012 and Deenbandhu in 2014," she said.

Banerjee who also got the information of her death after her cremation, as per her last wish, said, "I remember her as a close person and as our long-time colleague and friend, she will always remain in my heart. I extend my heartfelt condolences to the family and countless admirers of Shaolidi."