Shamita Shetty gets a birthday wish from Chris Hemsworth; Shilpa Shetty's reaction is all of us 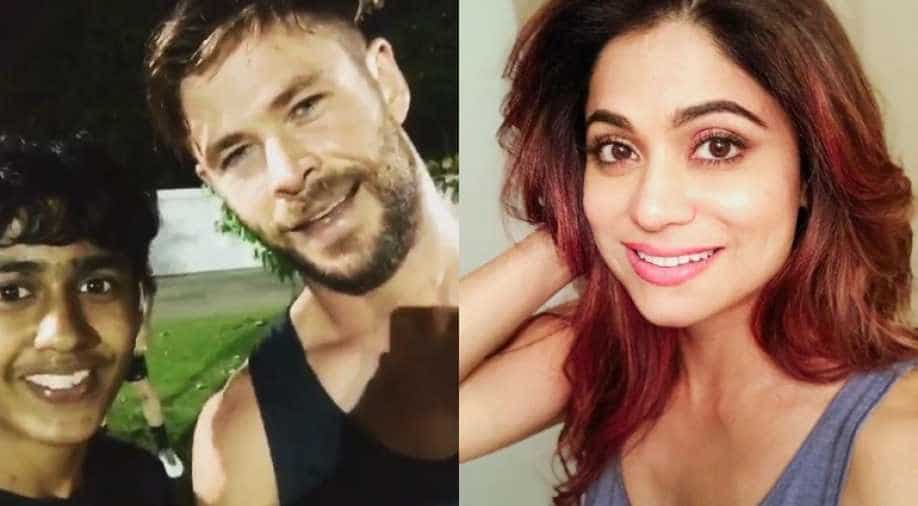 Shamita's sister Shilpa Shetty had an apt reaction to the video.

It's not every day that Chris Hemsworth wishes you personally on your birthday so Shamita Shetty's excitement on being wished by the Hollywood actor is understandable. The actress, who recently turned 40, shared a video of Chris Hemsworth wishing her.

Shamita wrote, "Ok this really made my bday!!! Thankyou @chrishemsworth and ofcourse my darling @rudhrakshjaiswal1 !!!u r the sweetest!!!" The video has a child -actor Rudhraksh Jaiswal and Hemsworth wishing her. The two are reportedly working together in Netflix film 'Dhaka' - a film that brought Hemsworth to India for shooting a while back.

Ok this really made my bday!!! Thankyou @chrishemsworth and ofcourse my darling @rudhrakshjaiswal1 !!!u r the sweetest!!!😘😻❤️

Shamita's sister Shilpa Shetty had an apt reaction to the video as she wrote, "Sooooooo jealousssssss @shamitashetty_official ..,” brother-in-law Raj Kundra commented, “When the son of lightening (Thor) wishes you a happy birthday you know it’s going to be a powerful year ahead."

Shamita was recently seen in adventure reality show 'Fear Factor: Khatron Ke Khiladi 9'. She has in the past, been a part of 'Jhalak Dikhhla Ja' and 'Bigg Boss'. Her last Bollywood film was 'Cash' in 2007.