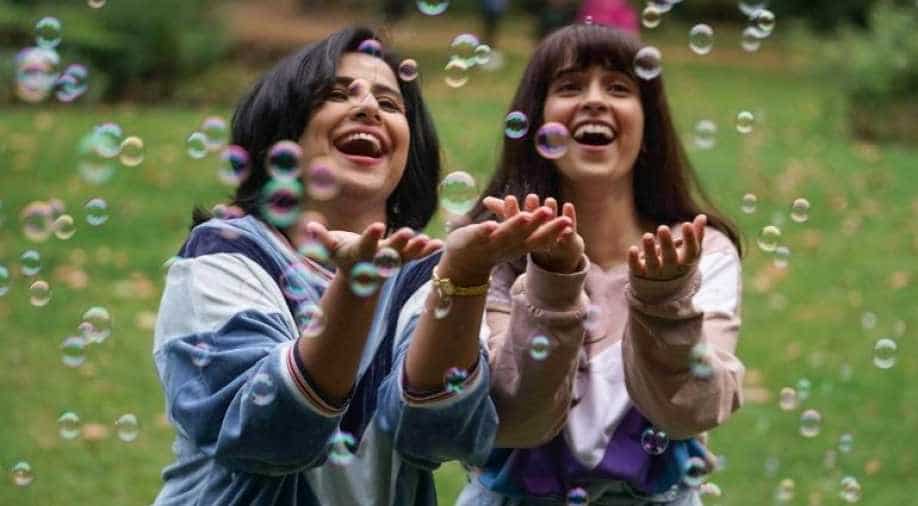 'Shakuntala Devi' review- Vidya Balan plays the vivacious, ambitious and flawed mathematician beautifully in Anu Menon's heartwarming story of a woman who refuses to bow down to norms.

Indian cinema has always put the mother on the pedestal- for her supreme sacrifice, her unconditional love, and keeping her family before her happiness. But never for her achievements or individuality. That's something Bollywood mothers are devoid of having. Filmmaker Anu Menon takes mathematician Shakuntala Devi's life as the backdrop of her film 'Shakuntala Devi' but puts forth the story of a difficult daughter and a difficult and ambitious mother who is anything like the quintessential mother that Bollywood has churned from time to time.

The film opens with Anuradha Banerjee (Sanya Malhotra) pressing criminal charges on her mother, the famous mathematician Shakuntala Devi(Vidya Balan) for fraudulently taking away all her money. The mother and daughter have had a strained relationship for years, with Anu severing contact with her mother to marry her boyfriend Anand (Amit Sadh) who Shakuntala thought was not good enough for her.

The story then travels back in time, to Shakuntala's childhood whereas a child prodigy who could solve complicated math problems with a blink of an eye, she was considered a novelty. Homeschooled, Shakuntala was the sole bread earner in her family of four where her father would take her to various schools, colleges for 'shows' where the audience would give Shakuntala complicated math problems to solve and the little girl standing on stage would solve them in a jiffy and earn money in the process. Unhappy with the way her father used her as a means to provide for the family, and angry with her mother for not standing up for her daughters, Shakuntala in her 20's - now a local star in Karnataka and Bangalore region, decides to go to London - partly to escape a horrid shooting incident she was guilty of and partly to earn big bucks independently with her family's intervention. With a bit of help from her Spanish mentor Javier, Shakuntala rises the ranks, continues with her shows and becomes popular as the only human whose brain is sharper and faster than a computer when it comes to solving maths problems. Over three decades, the film highlights Shakuntala's rise to stardom, her marriage to IAS officer Paritosh Banerji (Jisshu Sengupta), motherhood, divorce, and her complicated relationship with her daughter.

Now, biopics are detailed. They are always full of anecdotes that highlight the protagonist's achievements but writer Nayanika Mahtani and Menon try to show all aspects of Shakuntala Devi's character, steering clear of whitewashing. She may be an achiever, but she is also a haughty woman, aware of her fame and wealth. She is selfish, who is never willing to see the other person's perspective or understand her daughter's pleas for normalcy. It's so refreshing to see a character like Shakuntala Devi on screen, who may be a math wizard but is also a complicated personality just like any other successful individual.  Who has had a troubled childhood, hates her family, and eventually becomes a complicated mother who feels she owns her daughter and has maximum right over because she gave birth to her. At one point an exasperated Anu asks her mother why she can't be normal like others and Shakuntala simply laughs and says "Why be normal when I can be amazing?"- a line that sums up Shakuntala and her vivacious, complicated personality.

The director adapts a comic bookish method to narrate the first half of the film, with lyrical dialogues(by Ishita Moitra) on several occasions thereby making the narrative fun and easy. While it talks of a complicated personality and her strained relationship with her daughter and husband, not one single moment does the screenplay lose its grip, making it a thoroughly enjoyable and engaging film. 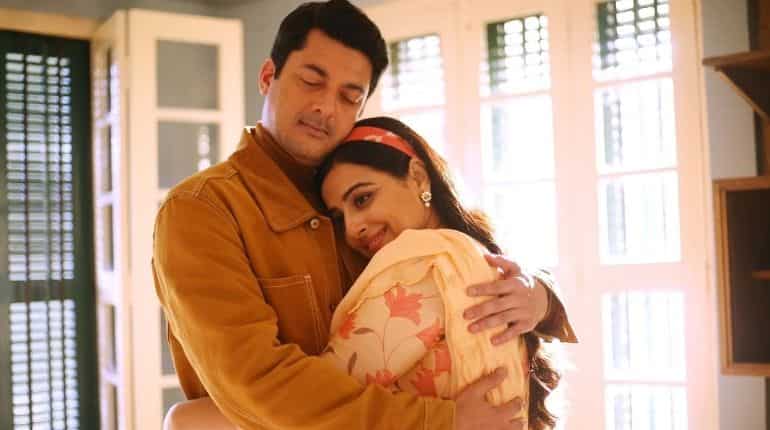 The film has two of the most gifted actresses of our times pitted against each other. Vidya Balan is an actor who lights up the most mediocre stories just by being in it. Fortunately, in 'Shakuntala Devi, Vidya has good writing to fall back on and she shines as the vivacious, energetic, super confident mathematician who states that 'age is just a number'.  Particular scenes show how amazing an actor she is. A scene, in particular, cracked me up- where after arriving at the lodging house in London, her fellow lodgers (all men) ask her why she has come to London alone. She nonchalantly tells them that she had shot a man and blew off his ear. As alarmed lodgers look at her, her housekeeper (Sheeba Chaddha) comes to their rescue and announces she is joking. Realizing the damage she has caused, Shakuntala starts slowly laughing with her fellow boarders joing in relief. Its a small, almost insignificant scene, yet Vidya is so good as the unfiltered Shakuntala.

Vidya's performance is matched by actress Sanya Malhotra. Ever since her debut in 'Dangal' in 2016, Sanya has grown with each of her movies, proving that she is a talent to watch out for. As Anu, Shakuntala's daughter - she is the exact opposite of Vidya and the scenes where the two clash are so well directed and enacted. Its a delight to watch the two on-screen and they make for a formidable pair. Also a word of appreciation for Vidya, who at 41, has no qualms in playing Malhotra's mother. One has to be assured in one's craft to agree to play an aged character on screen.

The men- Jisshu Sengupta and Amit Sadh- take a step back and let the women shine. Yet, subtly they manage to create a lasting impression with their roles. Sengupta, a very popular name in Bengali films, plays the silent supportive husband who knows that his wife is not an average Indian woman and willingly lets her go and live her dream. In Bollywood, Sengupta has carved a niche for himself, playing the supportive man to a strong woman in films like 'Manikarnika', 'Piku' and 'Mardaani'. Here too, he plays the soothing factor to Shakuntala's exuberant personality. Sadh appears as a breath of fresh air and is charming as a man who is always calming his wife and her erratic behaviour. Its been a great year for Sadh so far and the man has three releases this Friday proving his versatility in each of them. Also read: Amit Sadh to WION on upcoming films & need for 'humility' in Bollywood

'Shakuntala Devi' has maths only as the backdrop. The scenes where she solves complicated problems and then explains how she is solving them with numbers playing on the screen are very interestingly done.

The only flaw the film has that while putting in details of her life, they rush through a lot of the scenes, leaving several things unanswered. Some moments seem to be overdramatized to make it entertaining.

Despite these, Shakuntala Devi makes for an entertaining watch. It redefines the image of a mother, talks about self-worth and love, shows a clash between two women not over a man but over each other's life choices- which is also a novelty in Bollywood. And it has Vidya Balan who makes every moment of the film worth it.

Henry Cavill addresses speculations about in his personal life: 'I am very happy in love'