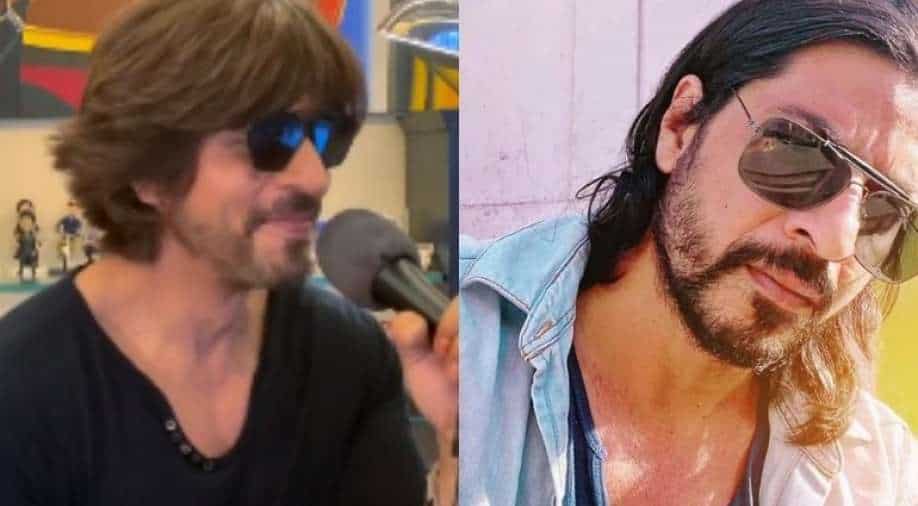 His photos and videos are doing rounds on social media. Some fans are astonished over his resemblance, while others refuse to believe it.

Shah Rukh Khan is undoubtedly the King Khan of our Bollywood industry. Millions of fans die to catch a single glimpse of their favourite superstar.
But what if we tell you that there's a  Shah Rukh's new look-alike who has taken the internet by storm.

Ibrahim Kadri, whose uncanny resemblance to the Badshah of Bollywood has shocked the whole world. He enjoys a good Instagram following and recently gained the spotlight after his interview with the Instagram page - Official Humans Of Bombay.

Kadri, who has become the internet's new obsession, has recently opened up about how his life has changed due to his striking resemblance with the star.

During his chat, Kadri also opened up about the rough side of his popularity when people just grabbed him and torned his shirt.

Sharing the series of photos and videos of Qadri on their account, the famous Instagram page shared excerpts from the chat in the caption section.

“I was never one who paid too much attention to my looks. But my looks were often brought to my attention by my family & friends - ‘You look like Shahrukh Khan!’ My parents were especially proud of the fact that they gave birth to a kid who had an uncanny resemblance to India’s superstar,'' he shared.

''I couldn’t help the attention I got & frankly when puberty hit, I started looking exactly like SRK!''

Recalling an incident when he went to watch Shah Rukh Khan's superhit movie 'Raees' and people at the theatre went mad and started taking selfies with him.

''And that’s when the madness began; after my friends & I watched ‘Raees,’ everyone started mobbing me for selfies thinking the real SRK had made an appearance for the film’s premiere!'', he shared.

Further, he also shared an incident when people grabbed him and tore his t-shirt and the police were called to rescue him and realized that this is something SRK goes through every day in his life.

''Then there was another incident when I went to watch KKR take on Gujarat Lions in the stadium; everyone took out their cameras & waved at me. People clapped & spoke SRK’s famous movie lines at me. I saw how much love people have for SRK, & for the 1st time, I felt like a ‘Badshah’; it was special! But very quickly, I also realized what SRK probably goes through daily; I got swamped & someone held onto me so tight that my t-shirt tore! It got so bad that I had to call the police to be safely taken out of the stadium. And after rescuing me, the cops asked,
‘SRK sir, ek selfie?’'

His photos and videos are doing rounds on social media. Some fans are astonished over his resemblance, while others refuse to believe it.

Before Qadir, there have been many famous celebrities' doppelgangers who have taken the internet by storm. Take a look