Shah Rukh Khan on 'Zero' debacle: Felt bad when it went wrong, maybe I made the wrong film 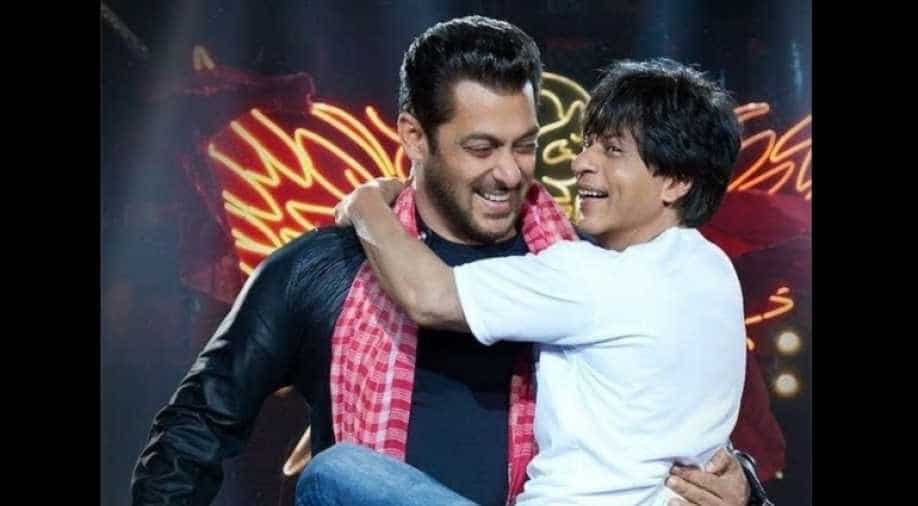 Salman Khan and Shah Rukh Khan in a still from 'Zero'. Photograph:( DNA )

Despite a strong buzz and an ensemble cast, 'Zero' turned out to be a damp squib at the box office.

Shah Rukh Khan's last outing at the movies in Anand L Rai's ambitious 'Zero' failed to make a mark at the Box Office last year. The actor, who also served as the co-producer of 'Zero' has now taken the film to China where it will close Beijing International Film Festival 2019 on 20th April. The actor though admits he is wary of how it will be received in China.

"Unfortunately, `Zero` itself wasn`t received too well back home in India. Maybe I made the wrong film, maybe I did not do the right storytelling so I am a little wary how it will be received here and I hope people here will like it," Khan said in an interview to China Global Television Network (CGTN). Khan is in China to promote the film. Read the review of 'Zero' here.

The actor admitted that he felt bad when 'Zero' failed at the box office.

The 2018 film features SRK as a person with dwarfism in a love triangle with a scientist with cerebral palsy (actress Anushka Sharma) and a famous actress (Katrina Kaif). The actors were lauded for their performances. Despite a strong buzz and an ensemble cast, the film turned out to be a damp squib at the box office.

Looking back, he said: "When it went wrong, I felt bad. That it got rejected by so many people... when you make a film like that for three years and it goes wrong... you get not depressed or anything but...I didn`t want to see it. I am going to see it after three months. Maybe I will be able to figure out when I am away what went wrong with it."

The actor also revealed that he hasn't signed any new project as nothing exciting has come up so far. "I haven`t decided what I will do next. I thought I will take a few months off and try and work on what I want to do because it`s very important for me to be most excited about it. I have worked for 30 years, I work 16 hours a day, so if it doesn`t excite you in the morning, you should not wake up.

"At my stage, when I have worked in over 80 films, have done some satisfactory roles and have made a career out of what I do, I should be like I don`t want to get up and go if it`s not going to be an absolutely, stunning, scintillating and exciting day as an actor. So, right now I don`t have anything that`s stunning, scintillating and exciting, If I will have it, I will start working on it."

For the moment, Khan is enjoying all the love that his Chinese fans have been showering him. The actor was overwhelmed to get a "warm and happy welcome", as he tweeted "I am red all over".

What a warm and happy welcome here in China by SRK UNIVERSE China. Thx for the gifts, the flowers and the kisses. I am Red all over!! pic.twitter.com/0VFGjPBWQl

"When I walked out, suddenly they screamed... and for a moment I thought they were doing it for something else or someone else. Now I have gotten to know that they were from Xinjiang," he said in the interview.