Still can't believe I am an actor, I am a dream come true: Shah Rukh Khan 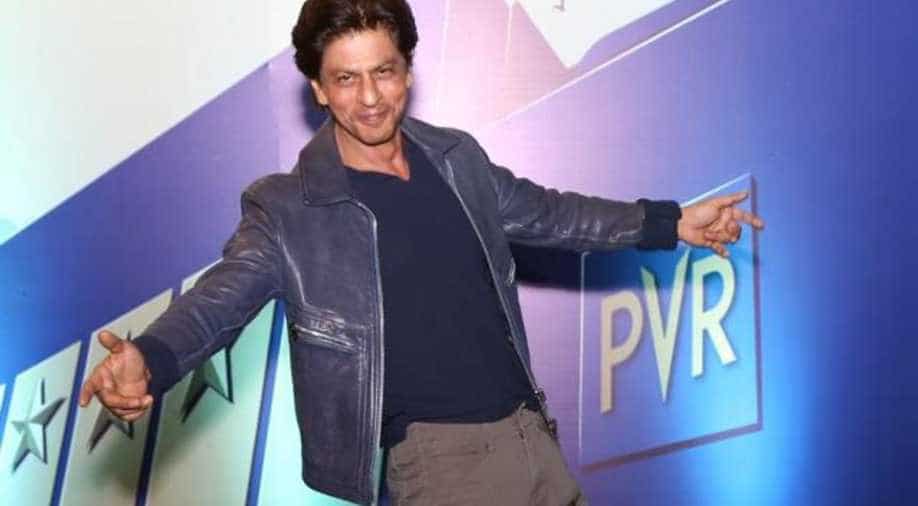 Shah Rukh is currently in Delhi with his son AbRam as he wants him to see how Diwali is celebrated in the city. While he has to go back for Mumbai Diwali parties, he said he believes without a doubt that the way Diwali, Dussehra and Holi is celebrated in Delhi is of no match by any other place.

As India’s first multiplex, PVR Anupam in Saket gets shut for a makeover, Bollywood superstar Shah Rukh Khan came visiting Delhi on October 24 going through nostalgia and talking excitedly about being in the city at the time of Diwali which he thinks is best celebrated here and we can’t agree to it more!

The star walked in late for a media interaction in the capital attributing it to Delhi’s infamous traffic and said he wasn’t complaining. Looking fresh in a leather jacket and cargo pants, Shah Rukh spoke about being a part of the PVR family as he grew up with Ajay Bijli, Chairman and MD of PVR Ltd. and living his dreams as he always wanted to own a movie theatre when he started off. “When you are not very well to do, you always dream of owning a theatre. It was my life’s dream to own a movie theatre and a five-star hotel. This was the business I wanted to do. I didn't know I will become an actor,” he said.

As he reminisced his earlier days of starting off as an actor because that’s what Delhi does to him, Shah Rukh said, “When I saw myself for the first time on the screen while shooting for ‘Raju Ban Gaya Gentleman’ in RK Studio, I looked so ugly. My hair was so bad and I did very bad acting in front of Nana Patekar, Juhi Chawla and Amrita Singh. Around 4, there used to be a flight of Air India that offered a 25 per cent discount. I used to get those tickets back in the days. I bought one and went to airport realising that I cannot be an actor. However, Juhi and Aziz (director Aziz Mirza) convinced me saying 'Final would be better'.”

He added, “They lied. I never looked better. I kept looking bad. But I feel extremely fortunate, all around, especially for people in Delhi who have loved me so much." ‘Raju Ban Gaya Gentleman’ released in 1992, the same year when he made his Bollywood debut with ‘Deewana’.

“Till when I was in Delhi, I have memories of galavanting on the roads with friends. In the evening we would come out for a stroll. My wife used to live here in Panchsheel, so I used to frequent this place a lot. Once when I wanted to impress her, I borrowed my uncles’ Vespa,” gushed Shah Rukh speaking of his fond memories from the place.

But coming to meet his parents' trumps all other memories as the star revealed that the thought of visiting Delhi would teleport him to his childhood. “Whenever I sit on a plane to come to Delhi, even for only a day’s time, I feel like visiting my parents who are buried here. My mom and dad are here, I go and visit their graveyard. I go late at night. When people tell me that I am no more a boy from Delhi and that I behave like I am from Mumbai, I don't know how to express it that as much as I want to leave Delhi, Delhi can’t leave me,” said Shah Rukh.

Shah Rukh is currently in Delhi with his little son AbRam as he wants him to see how Diwali is celebrated in the city. The actor said he will have to rush back to Mumbai as being a part of Diwali parties hosted by his colleagues is a part of their culture but he believes without a doubt that the way Diwali, Dussehra and Holi is celebrated in Delhi is of no match by any other place “but it could be my leaning to this place,” he added.

A successful actor, businessman and a family man, Shah Rukh also left the place a little emotional as he spoke of his humble beginnings. He said, “I genuinely never thought that I would work in films. This is why I tell people that some things that you don't think about will happen to you and they are the best things in life. You just don't know it yet. Many good things are yet to happen. Don't blame time because you don't know how beautiful life is going to be. This is what happened to me. I don't want to show off but I am genuinely a dream come true. I am a lower-middle-class boy without his parents, an orphan gone to the city of glamour and become a movie star. People have showered me with their love. This happens only in dreams. I still don't believe it. I never think of myself as a star but sometimes I have to behave like one. I don't like it. It bores me.”