'Shaakuntalam' first look out: Samantha stuns as the 'ethereal' Shakuntala 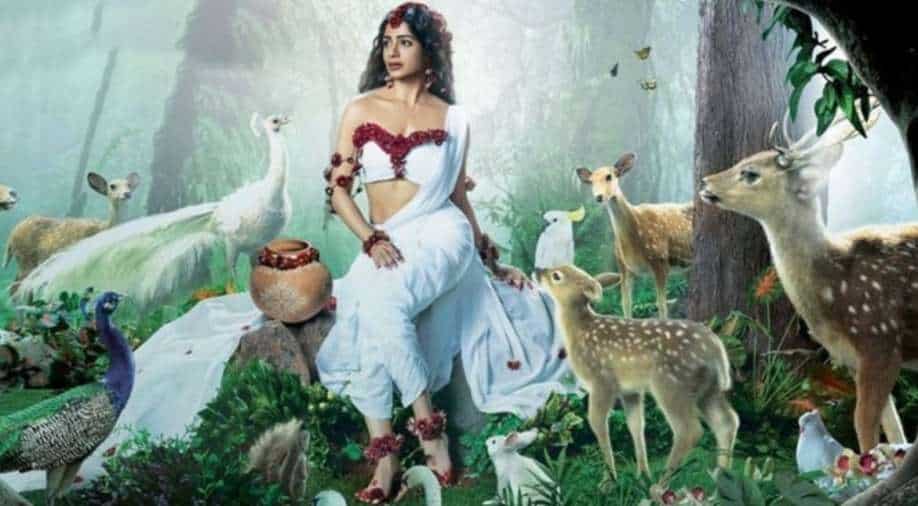 Samantha will play Shakuntala, actor Dev Mohan will be seen in the role of king Dushyanta.

Samantha Ruth Prabhu will next star as Shakuntala in her upcoming project ‘Shaakuntalam’ as she posted the first look from the mythological drama.

The first look poster of the film was shared by the team featuring Samantha Ruth Prabhu in a sacred grove of sorts surrounded by deer, swans and peacocks. The actress looks “ethereal” as Shakuntala in a white ensemble with floral embellishments and accessories.

This comes after we saw Samantha become a TikTok sensation as her song from ‘Pushpa’ became top trending on multiple social media platforms. Her song from the film ‘Oo Antava’ continues to be a major crowd-puller.

As for ‘Shaakuntalam’, it is based on the Indian play Abhijnanashakuntalam by the great poet Kalidasa. The film has been written and directed by Gunasekhar.  Neelima Guna and Dil Raju, who are producing the films under the banner of Gunaa Teamworks and Dil Raju Productions.

Samantha will play Shakuntala, actor Dev Mohan will be seen in the role of king Dushyanta. Dev Mohan made his debut in the 2020 Malayalam film ‘Sufiyum Sujatayum’ alongside Jayasurya and Aditi Rao Hydari.