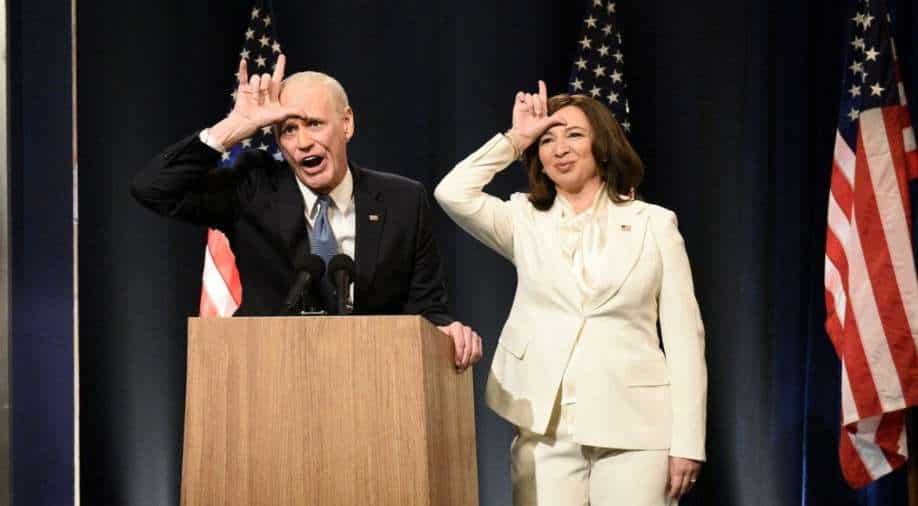 Guest star of the show Jim Carrey carried out a Joe Biden impression that many thought was his finest over all the recurring episodes.

With US elections 2020 wrapping up over the weekend with Democratic presidential nominee Joe Biden winning over Donald Trump, Saturday Night Live gave the latter a send off in style.

Guest star of the show Jim Carrey carried out a Joe Biden impression that many thought was his finest over all the recurring episodes. Holding his hand in an L shape while channeling Ace Ventura's drawn out insult, "loooooser!" Jim Carrey gave Joe Biden followers a bit of gloating that the actual president-elect never could provide in real life.

Dave Chappelle kicked off his monologue talking about his great-grandfather. He wondered what his ancestor, a former slave, might feel in seeing his descendant's old series, Chappelle's Show, airing on Netflix and HBO Max with no compensation for the comic.

"He'd probably be like, 'This n***a got bought and sold more than I did,' " Chappelle said, striking an oddly bitter tone.

He talked about Ronald Reagan, criticised for stump speeches implying that Black "welfare queens" were fleecing the government. "Remember what Ronald Reagan used to say about Black people, that we were welfare people, drug addicts?" the comic said. "Who does that sound like now? Stimulus checks. The heroin. The rest of this country is trying to move forward and these white n***as keep holding us back."

In the end, he reminded all those celebrating Joe Biden's victory that half the country still feels angry, anguished and marginalized — the way they felt four years ago. He encouraged viewers in that place now to hate the feeling and not people who disagree with them.

There were other great sketches too.