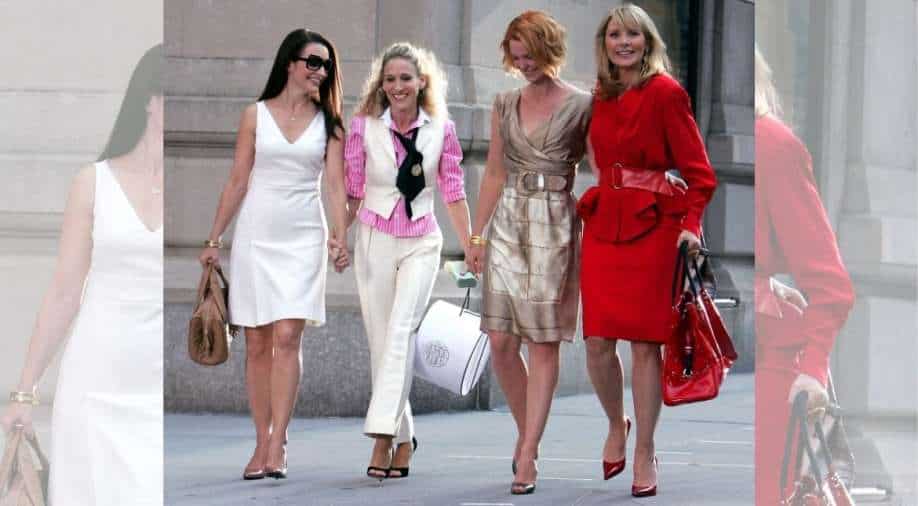 'Sex and the City' was created by Darren Star and followed a group of friends in New York City.

Get your martinis ready because the ladies of 'Sex and the City' are back in action for the upcoming revival! Actors Sarah Jessica Parker, Cynthia Nixon, and Kristin Davis recently reunited for the first table read of HBO Max's hotly-anticipated revival.

Parker posted a string of images from their first table read on her Instagram account on Friday. Each picture snapped of a different cast member's station and script.

She wrote, "1st Table Read @justlikethatmax. Got here to work way too early. Nerves all a wonderful jumble. X, SJ."
Parker also shared a shot of the trio on her Instagram handle after the big day. She captioned the picture, "Together again. Read through our first episodes @justlikethatmax. Alongside all the fellas and our newest cast members. Like an ice cream sundae. X, SJ."

Nixon also posted the same picture on her Instagram account and wrote, "Friendship never goes out of style. #AndJustLikeThat." Davis commented, "Love you forever and ever."

Earlier, on Wednesday, it was revealed that Mario Cantone, David Eigenberg, Willie Garson and Evan Handler were going to reprise their roles for the upcoming revival. The new chapter of the iconic HBO series will see the return of Cantone as Anthony Marentino, Eigenberg as Steve Brady, Garson as Stanford Blatch and Handler as Harry Goldenblatt.

'Grey's Anatomy' alum Sara Ramirez was confirmed as a newcomer in May. Ramirez's character, Che Diaz, is a non-binary, queer standup comedian who hosts a popular podcast that Carrie Bradshaw appears on frequently.

Parker, Nixon, and Davis announced the 'Sex and the City' revival series on Instagram in January with a teaser trailer. The series comes after the former HBO show ended in 2004 after six seasons and two subsequent movies, the last of which hit theatres in 2010.
Kim Cattrall, who previously played Samantha Jones, is not returning for 'And Just Like That'.

John Corbett, who played Carrie's former on-screen beau Aidan, told Page Six in April that he's "going to do the show," but HBO has yet to officially comment on the matter.

'Sex and the City' was created by Darren Star and followed a group of friends in New York City. Over 94 episodes, the show revolutionized how women's friendships -- and women's sexuality -- are represented in popular culture.

No release date for the show has been announced yet.