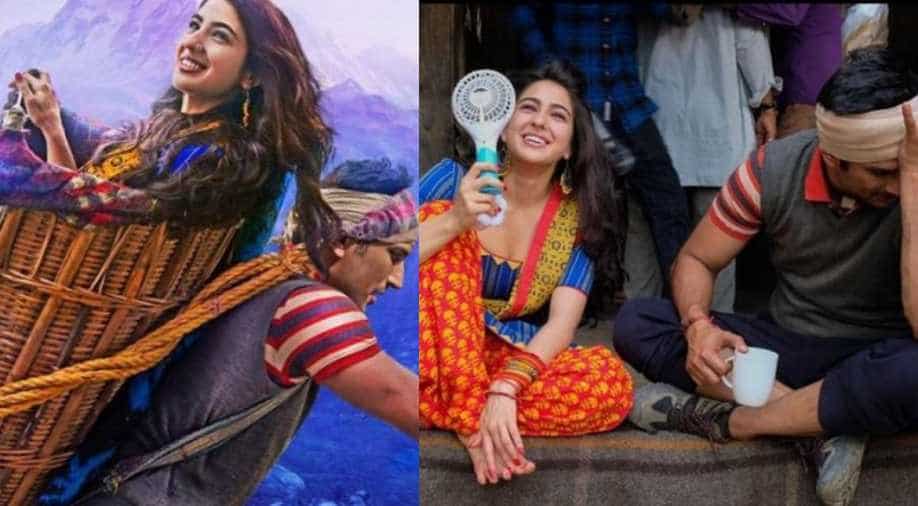 Sara Ali Khan took to her Instagram profile to share a new still from 'Kedarnath' featuring herself and Sushant Singh Rajput.

Sara Ali Khan’s soon-to-release Bollywood debut film ‘Kedarnath’ has gained steam this week as makers released the first teaser on Monday. Featuring both Sara and Sushant Singh Rajput whom she romances in the film, the teaser gives a context to their romance, that takes place in the backdrop of Uttarakhand floods that rocked the nation in the year 2013.

Adding to the curiosity that the teaser generated, Sara has now released a new still from the film featuring them both. The pair looks cute together as they look engrossed in a playful act. While Sara plays with a hand fan, Sushant looks adorable with a face-between-his-hands gesture.

Sara captioned the photo: "Feeling blessed and excited...much like in this photo ????Kedarnath Teaser out now! Link in bio #thankful #bigday #kedarnath #kedarnathteaser"

Feeling blessed and excited...much like in this photo 🙏😇😁🤗Kedarnath Teaser out now! Link in bio #thankful #bigday #kedarnath #kedarnathteaser

The film is said to be a unique romantic story of a Muslim pithoo (Sushant) and a Hindu tourist (Sara), set in the backdrop of the Uttarakhand floods.

'Kedarnath' is produced by Ronnie Screwvala and is slated to release on December 7.