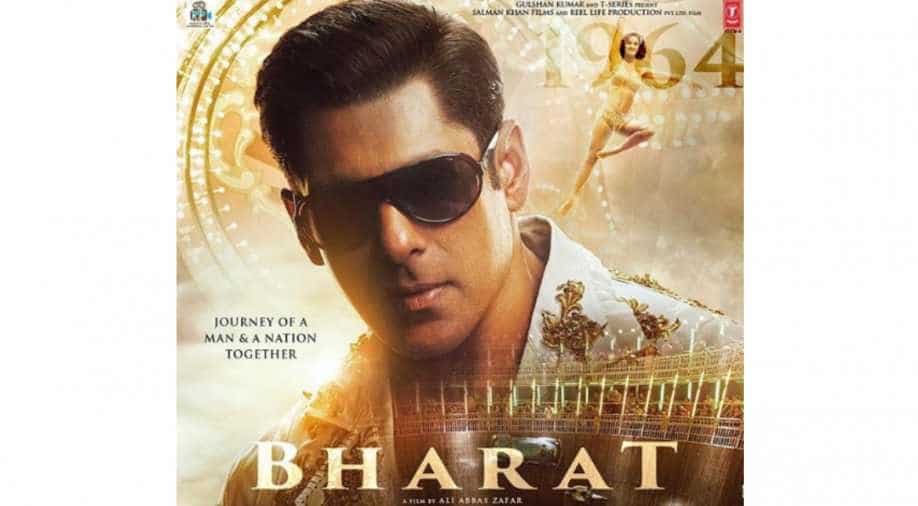 The film is slated to release on Eid, June 5 this year.

Makers of ‘Bharat’ have been teasing the audience with the official posters of the film featuring Salman Khan who is seen donning different looks. Today, they released a young Salman on the poster, seen wearing a white and yellow shirt. If you look closely, you will also be able to see Disha Patani at the back as she performs a stunt as a trapeze artist. The poster is dated to the year 1964.

He captioned it: "Jawaani humari Jaaneman thi (Youth was my lover)."

Yesterday, the makers released a poster featuring Salman with grey hair and beard. The year on the poster read 2010. It was captioned: "Jitne safed baal mere sar aur dhaadi mein hain, usse kahin zyada rangeen meri zindagi rahi hain (My life has been much more colourful than the white hair in my head and my beard.) along with the poster.  The poster also features Jackie Shroff at the bottom end.

The actor will be seen sporting five different looks in the film, spanning 60 years, including a crucial part which will showcase the actor in his late 20s, looking much leaner and younger.

The film will release on June 5 this year. It also features Katrina Kaif as the female lead, along with Disha Patani, Sunil Grover, Jackie Shroff and Tabu in pivotal roles.

The trailer of ‘Bharat’ will be out on April 24.