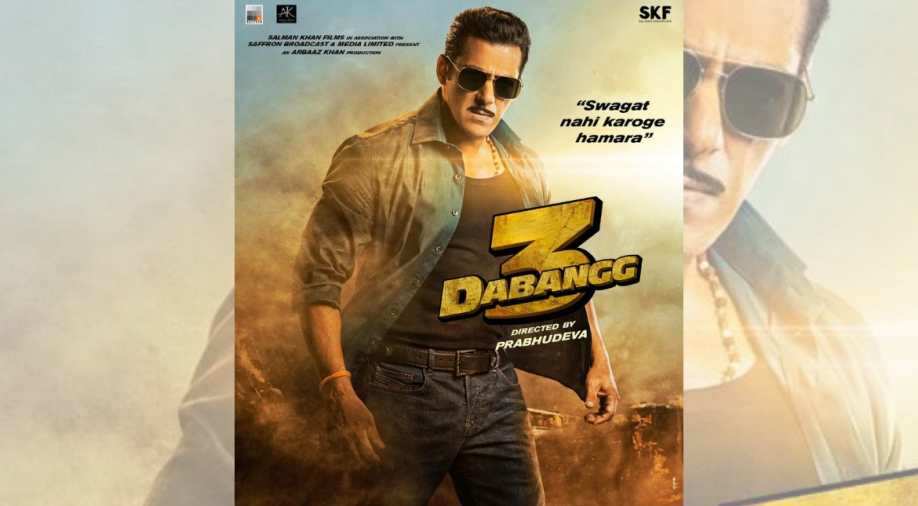 Salman Khan is pretty excited for his upcoming film, 'Dabangg 3' as he recently introduced the villain of the film.

The villain this time is played by Kannada superstar, Kichcha Sudeep. His character is called Balli in the film as Salman's character Chulbul Pandey takes on him. Salman introduced the character on social media and captioned it, “Villain jitna bada ho, usse bhidne mein utna hi mazaa aata hai.”

In the first look poster of Balli, the Kannada actor can be seen donning a suit with flames in the background. It adds the much-need spice.

'Dabangg 3' is one of the most awaited films of the year as it brings back Rajjo played by Sonakshi Sinha and Chulbul Pandey together. The makers have been releasing multilingual posters of the film as they plan to release in multiple Indian languages.

It is directed by Prabhudeva and is produced by Salma Khan, Arbaaz Khan and Nikhil Dwivedi under the banner of Salman Khan Films. It is slated to release on December 20, 2019.