S Sreesanth: Wish to work with Steven Spielberg in Hollywood 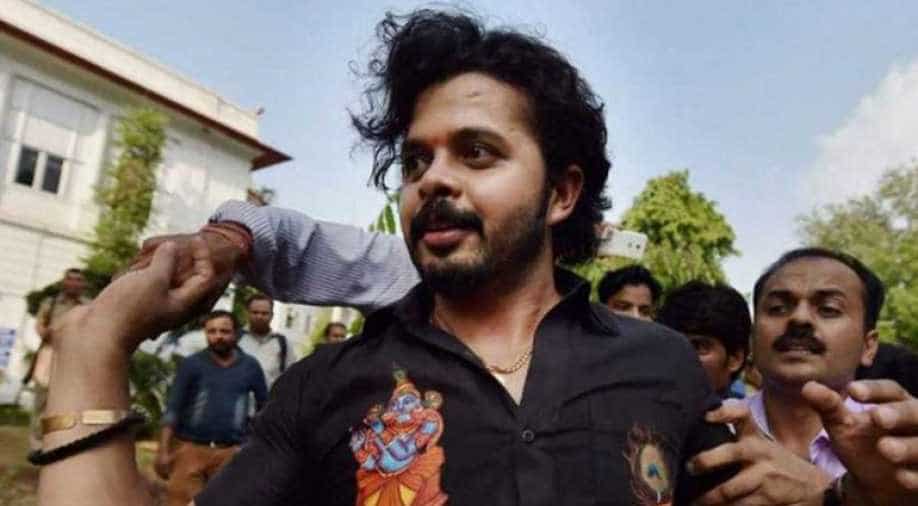 A Delhi Sessions court had in 2015 exonerated Sreesanth from the spot-fixing case. Photograph:( Zee News Network )

The banned cricketer, who is looking to acting as a career, also said he would be enrolling at the well-known New York Film Academy to fulfill his Hollywood goal.

Former India cricketer-turned actor S Sreesanth may have expressed his desire to work with noted Hollywood filmmaker Steven Spielberg, but it has led to a tirade of jokes at the actor's expense. Unfazed by the mockery he has been facing, Sreesanth has stated that despite all the guffaws and jokes he still does wish to work with Spielberg in the future.

Sreesanth, in an interview to a news agency said people had also mocked him in the past when he was aspiring to play for the Indian cricket team when he was in the Kerala Under-19 squad.

"I did say I want to work with Steven Spielberg. Yes, because my dreams are... If you ask my friends, they would tell you that when I was in Under-19, if someone asked me what I want to do, I had said, `I want to play for the country`... and they would have laughed," the former India pacer said.

"I already did two Bollywood movies, I did Southern movies, and I would love to work in Hollywood," he said.

The banned cricketer, who is looking to acting as a career, also said he would be enrolling at the well-known New York Film Academy to fulfill his Hollywood goal, adding he looked forward to acting gigs on English-language series on Netflix or Amazon.

"I would love to work with him (Spielberg). I would love to start in some English series on Netflix or Amazon or wherever. But I will go to the New York Film Academy to help improve my acting skills," Sreesanth said.

The cricketer-turned-actor also said in 2019, he had his hands full as far as his acting career is concerned.

"My movie `Cabaret` has released and is doing extremely well. My Kannada, Tamil, Telugu film, `Kempegowda-2`, is releasing in March first week. I am doing a Marathi movie which is going to be on floors in February. I am doing another Kannada project. I have two Bollywood (films) lined up," he said.