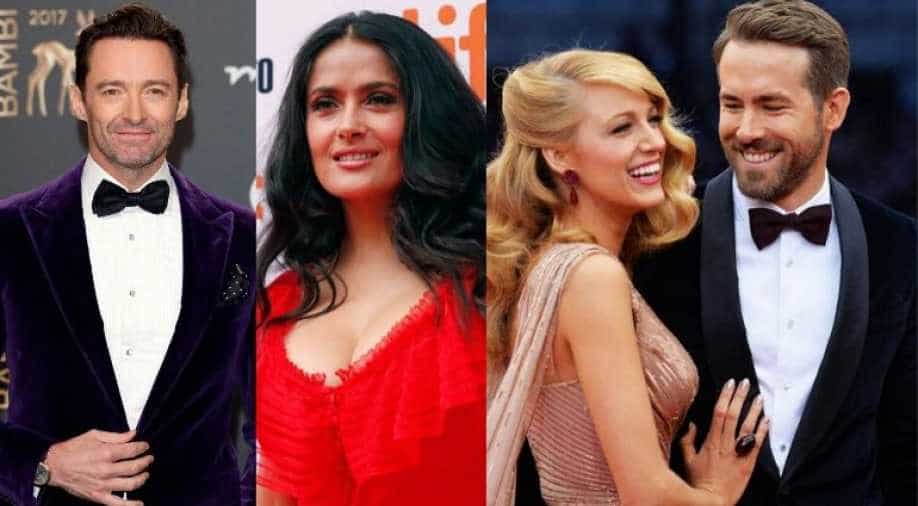 'Deadpool' star Ryan Reynolds is notorious for trolling. The actor has often posted the most unflattering photos and videos while wishing wife Blake Lively and actor Hugh Jackman.

'Deadpool' star Ryan Reynolds is notorious for trolling. The actor has often posted the most unflattering photos and videos while wishing wife Blake Lively and actor Hugh Jackman.

So, on Reynolds birthday on October 23, it just seemed natural for them to get their payback.

Wife Blake Lively posted a rather cute photo of her and Reynolds as she wished him on his birthday.

I picked a good one. Happy birthday @vancityreynolds 🎈

Last week, Reynolds shared a not-very-polite birthday song on the big screens during a performance of Jackman’s “The Man. The Music. The Show.” tour.  On Wednesday, Jackman got his payback as he tweeted a mock “leaked” video of himself complaining about Reynolds to his wife.

Webster’s dictionary definition of a LEAK. 2a. To become known despite efforts of concealment. ⁦@VancityReynolds⁩ pic.twitter.com/VWRWUPjvg5

Actress Salma Hayek, who co-stars with Reynolds in 'The Hitman's Bodyguard' too joined in Jackman and Lively to wish Reynolds with series of photographs and a post on Instagram. While wishing Reynolds on his birthday in the post, Hayek directed him and her followers to her Instagram stories where she can be seen posing with actor Samuel L Jackon (who also features in the film) and Reynolds. Just that Reynolds is barely visible in any of the photos. Here, take a look! 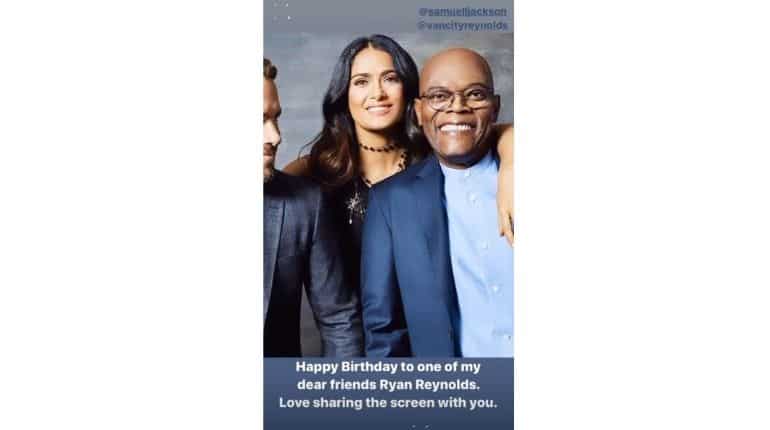 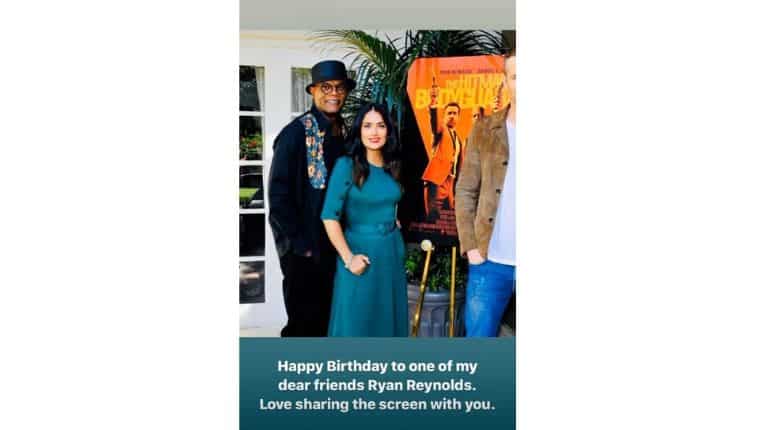 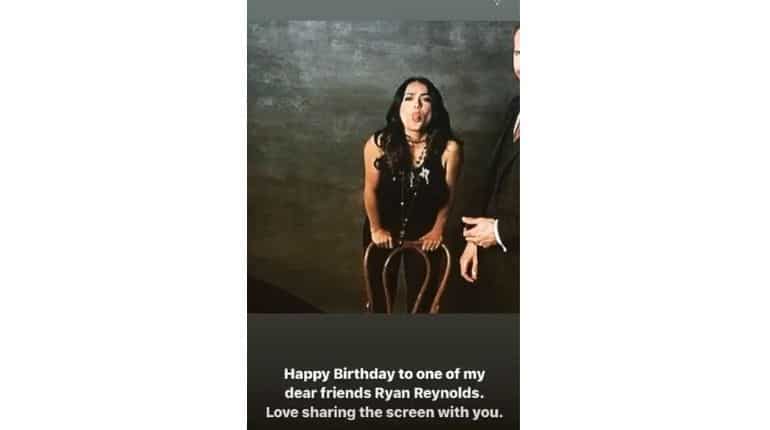 It's almost the end of the year, and between the four celebrities there no birthdays left. But Reynolds will surely payback next year!