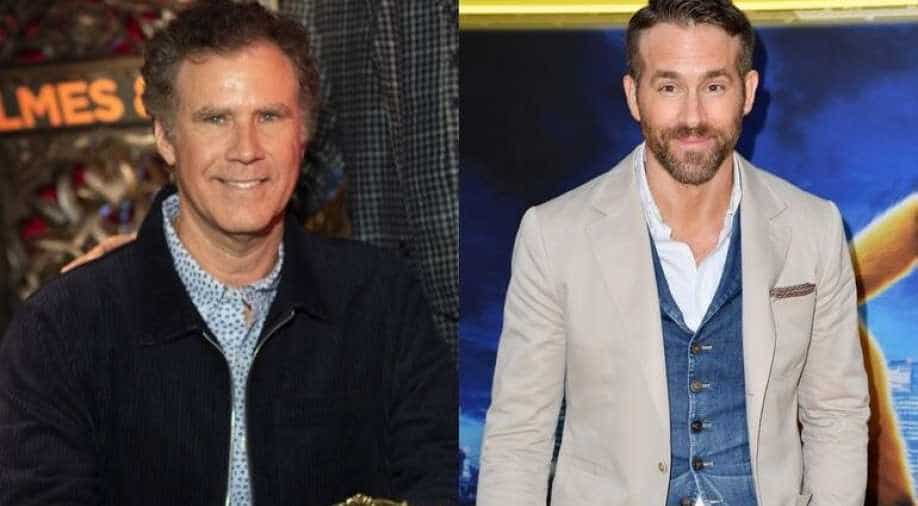 File image of Will Ferrell and Ryan Reynolds. Photograph:( AFP )

This Dickens classic which came out in 1843, was about the miserly Ebenezer Scrooge who is visited by ghosts of Christmas past, present, and future.

Ryan Reynolds along with Will Ferrell is all set to star in the musical adaptation of 'A Christmas Carol'- 'one of Charles Dickens' classics.

The script is being written by Sean Anders and John Morris, who will also be directing it, according to the news agency.

This Dickens classic which came out in 1843, was about the miserly Ebenezer Scrooge who is visited by ghosts of Christmas past, present, and future.

The story has already been adapted a number of times including Bill Murray's 1988 comedy 'Scrooged' and the 1992 film 'The Muppet Christmas Carol'.

Ferrell's Gloria Sanchez, Reynolds Maximum Effort and Mosaic are producing the musical take on the book, along with Anders and Morris.

Meanwhile, Reynolds recently appeared in 'Fast & Furious Presents: Hobbs & Shaw' and has the Michael Bay Netflix action film '6 Underground' in his upcoming credits along with 'The Hitman's Wife's Bodyguard'.

On the other hand, Ferrell`s recent credits include 'The Lego Movie 2: The Second Part', and he is next set to star in 'Downhill', which is a remake of the 2014 Swedish film 'Force Majeure'.