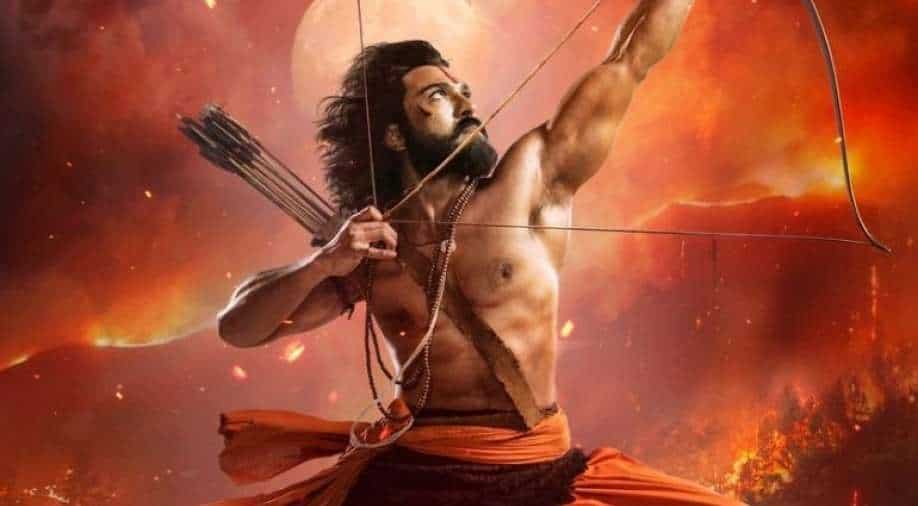 'RRR' will release in multiple languages on October 13 this year.

In the SS Rajamouli’s magnum opus, Charan is assaying the role of Alluri Sitarama Raju. In the poster released on Friday, the actor looks feisty as he is seen holding a bow and an arrow, wearing a saffron dhoti and can be seen sporting a tilak on his forehead.

By sharing the first look, Ram wrote, "Bravery, honour and integrity. A man who defined it all! It's my privilege to take on the role of #AlluriSitaRamaraju."

Rajamouli also shared the poster with a tweet: “The man of bravery, honour and integrity. Presenting my #AlluriSitaRamaraju to you all…” While Jr NTR who is playing Komaram Bheem in the movie wrote, “He’s brave. He’s honest. He’s righteous. Here’s my brother @AlwaysRamCharan in his fiercest avatar as #AlluriSitaRamaraju…”

Earlier this month, the makers of the film released the first look of Alia Bhatt as Sita on her birthday. In the movie, Alia is playing Ram Charan’s love interest.

Strong-willed and resolvent SITA's wait for Ramaraju will be legendary!

Presenting @aliaa08 as #Sita to you all :)@tarak9999 @AlwaysRamCharan #RRR #RRRMovie pic.twitter.com/NFe4WwjS6u

The film which also stars Ajay Devgn, Samuthirakani is set in the backdrop of 1920s north India under the colonial rule of Britain. It is a fictionalised account of Telugu tribal leaders Alluri Sitarama Raju (played by Ram Charan) and Komaram Bheem (played by Jr NTR).

Helmed by `Baahubali,` director SS Rajamouli and produced by DVV Danayya, the much-talked-about film will release in multiple languages on October 13 this year.