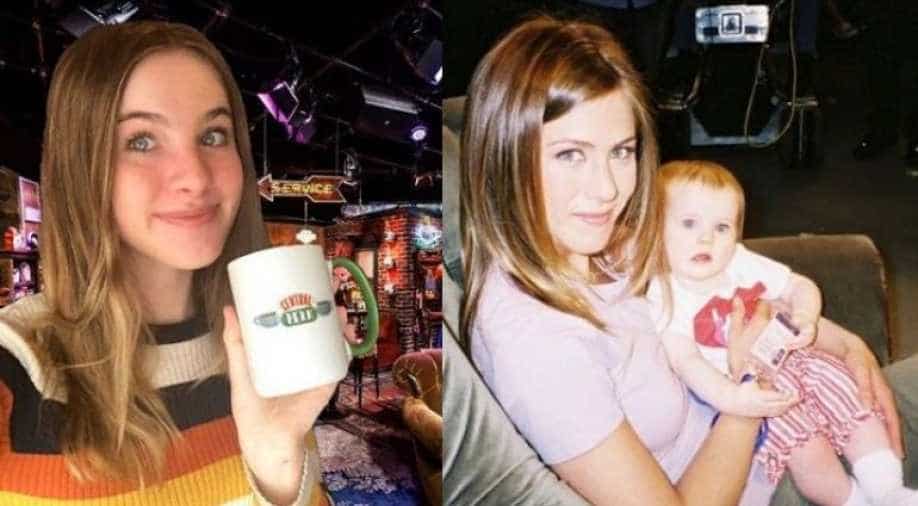 Noelle Sheldon, who played Ross and Rachel's daughter in the popular sitcom 'Friends' took to Instagram recently to reply to the now-viral joke that Chandler had cracked in an episode in the final season of the popular show in 2004.

The episode had the cast celebrating Emma's first birthday.

Noella, who co-starred in the show with her twin sister Cali Sheldon as baby Emma, took to social media and celebrated the New Year's Day with a Photoshopped image of herself holding a Central Perk coffee mug and an image of the famous cafe in the background.

"Just woke up from the best nap of all time, happy 2020!! (ft. my poorly done photoshop) Hope everyone has an excellent year full of family, friends, and laughter!!," Noella captioned the image.

Just woke up from the best nap of all time, happy 2020!! (ft. my poorly done photoshop) Hope everyone has an excellent year full of family, friends, and laughter!!

For the uninitiated, in the episode 'The One With The Cake', an excited Ross was seen making a birthday video for Emma even as she was fast asleep. An irritated Chandler, who wants to complete the celebration and head for his vacation with Monica, chips in, "Hi Emma, it's the year 2020. Are you still enjoying your nap?"

Not just Noelle, but her twin sister Cali too have returned to 'Friends' with special posts. Cali had posted a series of pictures to celebrate 'Friends' turning 25 in 2019.

The photos were behind the scene stills of actresses Jenifer Anniston, Lisa Kudrow and Courtney Cox playing with the Sheldon sisters.