Ricky Gervais opens up to Trevor Noah on pandemic, Netflix show 'After Life' 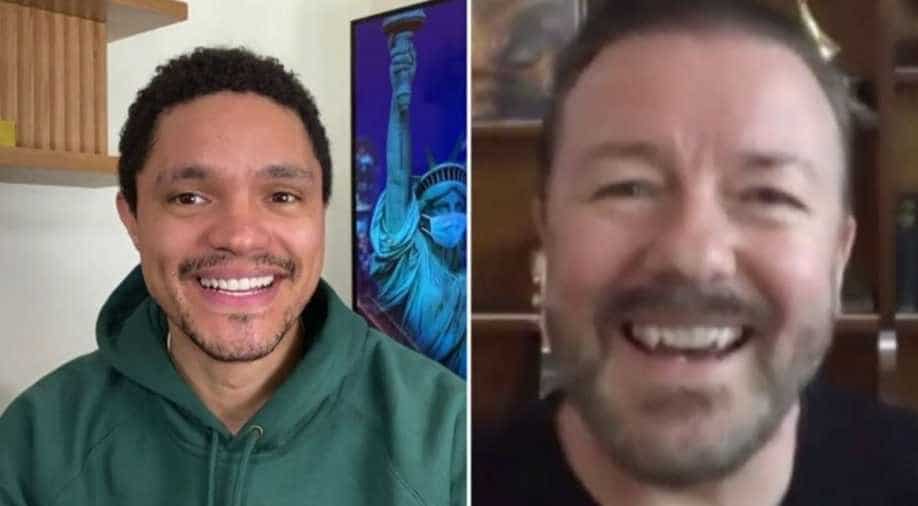 It was a fine episode with Trevor Noah and Ricky Gervais on The Daily Social Distancing Show, during which the comedian discussed his Netflix series ‘After Life’, dealing with coronavirus and his love and appreciation for the medical professionals who are working tirelessly.

On how he is dealing with the pandemic, Ricky told Trevor, “evenings literally haven’t changed” as he still plays badminton and drinks in the evening. He added apart from his own tour being postponed, the shelter in place orders caused by the novel coronavirus pandemic have not impacted his daily routine.

"Joking aside, you won't hear me complain. Not when there’s nurses doing 14-hour shifts risking their life. I know I've got it easy compared to most,” Ricky told Trevor Noah.

"The first thing I noticed was people fighting each other for toilet rolls," Gervais continued. "This was like day one. These are the sort of people if the plane crashed they’d start eating each other and I'd go, 'We’ve got sandwiches. Don't each other yet!'"

Watch the interview below: