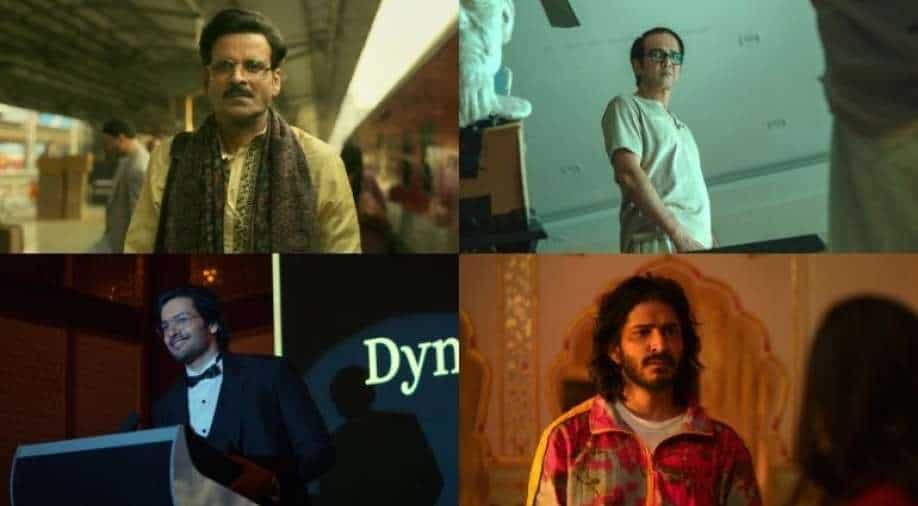 'Ray' - an anthology on Netflix- attempts to recreate four of Satyajit Ray's short stories into films. The essence of the stories remain the same but adapted to suit the current generation.

Satyajit Ray wore many hats. The maverick filmmaker left a treasure trove of stories and for generations captivated not just cinema lovers with his films but also with his vivid writing. 'Ray' - an anthology on Netflix- attempts to recreate four of the auteur's short stories into films. The essence of the stories remain the same but is adapted to suit the current generation.

In Srijit Mukherji's 'Forget Me Not', a successful entrepreneur's life comes to a standstill when he meets a mysterious woman one night who claims to have spent a weekend with him at the Ajanta caves. He has no recollection, even though people around him corroborate the facts given by her. A human-computer, successful at his job- he is perturbed because he starts forgetting things. 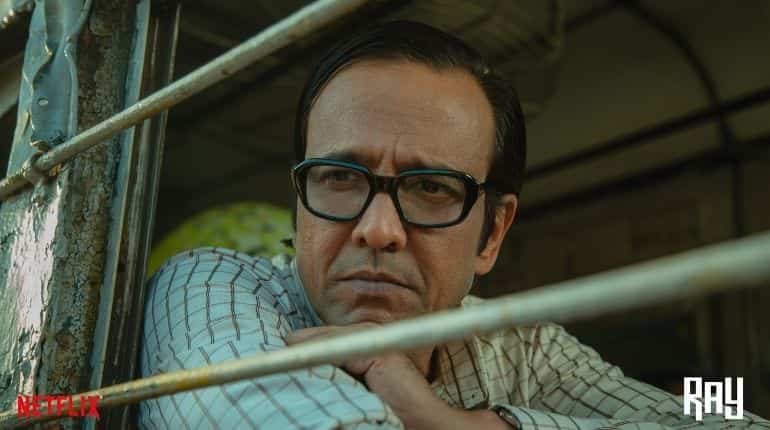 Mukherji also directs 'Bahrupiya', a story about a timid makeup artist who has nothing going for him in life. His boss is dissatisfied with his work, the woman he loves doesn't reciprocate and the only thing he is proud of is his skills at transforming faces. As he starts honing his skills, he often fools people around him with unrecognisable get-ups. While it's all fun initially, things start taking a twisted turn when he encounters a face reader.

Abhishek Chaubey's 'Hungama Hai Kyu Barpa' has a popular Ghazal singer embarking on a train journey in the first-class coup with a former wrestler now a journalist. The journalist feels the two have met before while the singer can't recall. As the journey progresses, the revelation about their pasts leads to a hilarious climax.

Vasan Bala directs 'Spotlight' a story of a film crew shooting outdoors with a popular star who has masterfully disguised his inabilities to emote on screen and termed it as the 'look'. His stardom and popularity are threatened when a god woman and her entourage descend upon the same hotel where the film is being shot and there is a tussle between the Godwomen's aides and the actor to get the best room in the hotel.

Spruced with complicated, quirky characters, 'Ray' narrates four distinct stories of flawed men. The only commonality between all four stories is how weirdly the human psyche works- which is the underline theme of all the short stories.

Adapted to suit the Netflix audience, the characters are dark and plots deliciously mysterious- each taking time to unravel and making for an engaging watch.

The best of the lot is, though, Abhishek Chaubey's film which features the man of the moment, Manoj Bajpayee playing one of the softest characters of his career. It is a delight to watch Bajpayee play Musafir Ali- a ghazal singer who smiles more than he speaks. A stark contrast from the special agent he just played in the web series 'The Family Man'- Bajpayee's performance brings an instant smile to your face. Giving him company is Gajraj Rao who matches Bajapayee in every scene with his credible performance. Such joy to watch two gifted actors weave magic on screen! 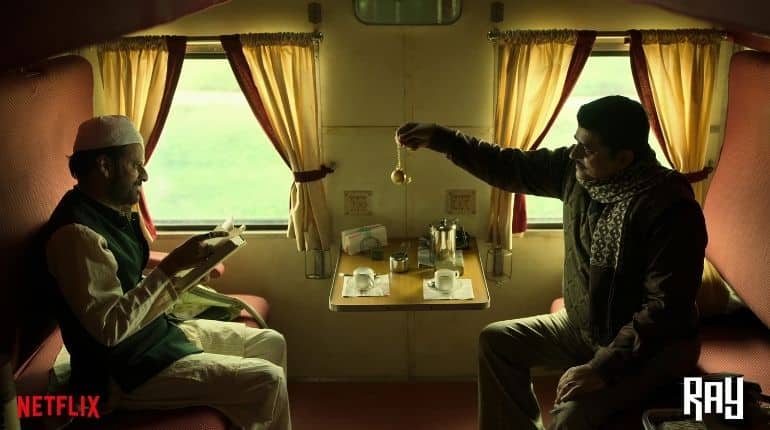 Mukherji's two dark, very twisted tales also has credible performances from its leads. Actor Kay Kay Menon gets to sink his teeth playing a complicated, dark character in 'Bahrupiya'. Menon balances the character's myriad moods and avatars well. Menon is pitch-perfect playing a meek make-up man who transforms into a self conceited artist in 'Bahrupiya'. Meanwhile, Ali Fazal plays the sharp corporate honcho to the hilt. He is the new age man, who has worked hard to create a perfect life for himself but finds himself fumbling when he realises that he is forgetting things.

The weakest in the anthology series is Vasan Bala's 'Spotlight' - not only for its writing but also for its underwhelming performance by the lead- Harshvardhan Kapoor. When one is in a series with stalwarts like Bajpayee, Menon and Rao- comparisons are bound to happen. And while Fazal, also relatively new, manages to hold his own and carry his part of the film well on his shoulder, Kapoor fumbles from the word go. Clever casting aside- Kapoor plays an actor who has limited expressions- the story also doesn't unravel as gloriously as the other three. Bala, though uses, some very obvious Satyajit Ray references in the film, which are fun to spot. Does 'Ray' work? Yes, definitely. For it recreates the auteur's classics for the current generation - opening up the world of amazing stories. It delves into basic human emotions of greed, revenge, pride and faith and cooks up a delicious series full of flawed characters.

'Ray' is streaming on Netflix