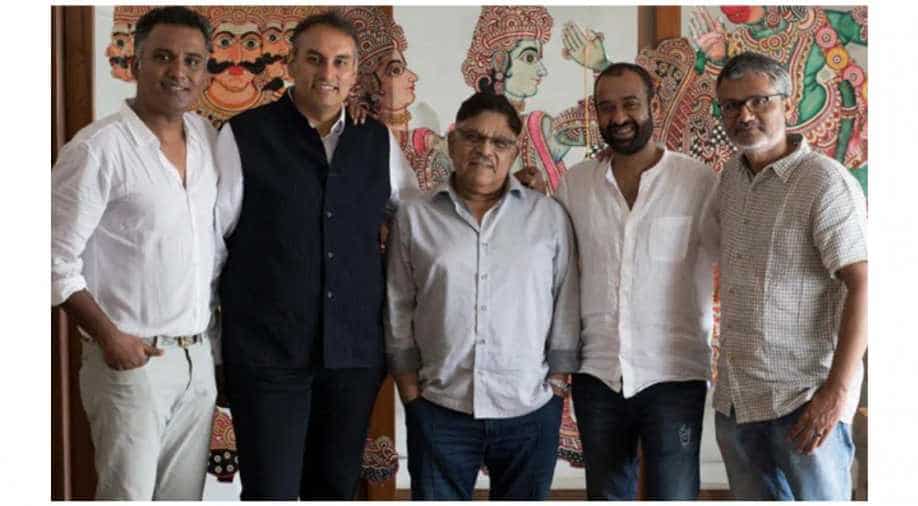 The Ramayana adaptation is currently in development and aims to begin filming next year.

According to the latest announcement, Ramayana will get a three-part screen adaptation that will be shot in 3D and in three languages -- Hindi, Tamil and Telugu.

The budget of the trio is currently set at Rs 500 crore.

The announcement did not include any details on the casting as it is yet to be finalised. As for production and direction, big name have attached themselves to the project like Telugu powerhouse Allu Aravind, ex-Phantom Films founder Madhu Mantena and Namit Malhotra, founder of Prime Focus studios, who will jointly produce; Nitesh Tiwari (Dangal) and Ravi Udyawar (MOM) are said to don the director’s hats.

The Ramayana adaptation is currently in development and aims to begin filming next year.

In a press release, Nitesh Tiwari and Ravi Udyawar spoke about their personal connections to the Ramayana, "I went with my father and brother to the Ramlila every year and though we all knew the story, it still evoked the same emotions in us when Sita was kidnapped or Ravana's effigy burnt," said Tiwari.

"I heard these stories from my grandmother and mother and passed them on to my children. Everybody knows the story of Ram, Sita and Raavan, it's the story-telling that will make our trilogy memorable and I'm putting everything I have learnt into it to make it fun and engaging while staying true to the original," Udyawar said on the same.

Pre-production includes reference work for scenes in Ayodhya as Lanka, the land of Ravana will be depicted in a wash of gold. Mithila will be shown as green with Nepali architecture.

Tiwari said, "Money and time are not a problem. Our producers have told us to be fearless and fly. So, we are flying visually," said Tiwari.

Actors from across the several Indian film industries will be included in the cast. A 2021 release is being targeted and the makers hope to avoid long gaps between the three parts.

It will be the film industry’s second epic-in-progress after an even more ambitious Rs.1000-crore version of the Mahabharata with Mohanlal in the lead role of Bheem. We last heard that the film has run into some financial troubles.