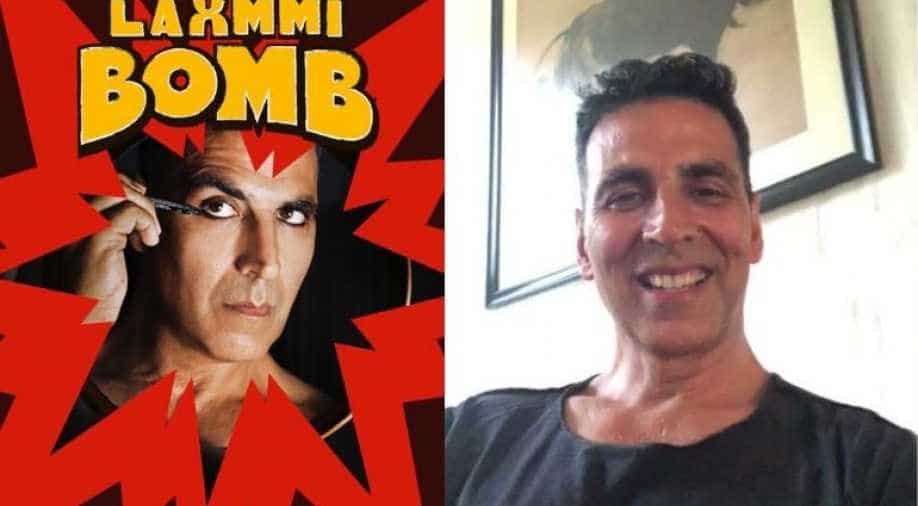 Akshay Kumar in and as 'Laxmmi Bomb' Photograph:( Twitter )

Raghava Lawrence said he was overwhelmed with the love and support that came his way post his exit.

A week after stepping down as the director of Akshay Kumar-fronted 'Laxmmi Bomb' over "disrespect" and creative differences, Raghava Lawrence says he will reconsider coming on board the project if he is given the respect he deserves.

The director, who was set to helm the Hindi remake of 2011 Tamil horror comedy 'Kanchana', announced his departure from the project on Twitter.

Lawrence said there were "multiple reasons" for his exit, one of them being the first look poster which was released without any discussions with him.

In his latest statement he shared Saturday, Lawrence said the producers of the film are set to meet him and the matter is completely in their hands.

"... The producers are coming to Chennai to meet me. It's completely in their hands now, if I'm given proper self-respect for my job, then I'll think about it. Let's see after the meeting. Wanted to share this message to all the fans who were genuinely concerned."

Dear Friends and Fans!!!
Wanted to share this important message to all the fans who were Genuinely concerned.#LaxmmiBomb pic.twitter.com/XTr4gEvnoR

Lawrence said he was overwhelmed with the love and support that came his way post his exit.

"Post my tweet both Akshay Kumar sir fans and my fans have been requesting me to do this film. I'm overwhelmed with their genuine love. But trust me, I'm equally upset for the past one week as you are.''

"I was very thrilled to do this film, as I almost waited very long to direct this film, spent quality time on pre-production works and have also blocked my dates for this film."

Lawrence had earlier said even though he has stepped down, he won't hold back his script as it would be unprofessional and he respects Kumar a lot.