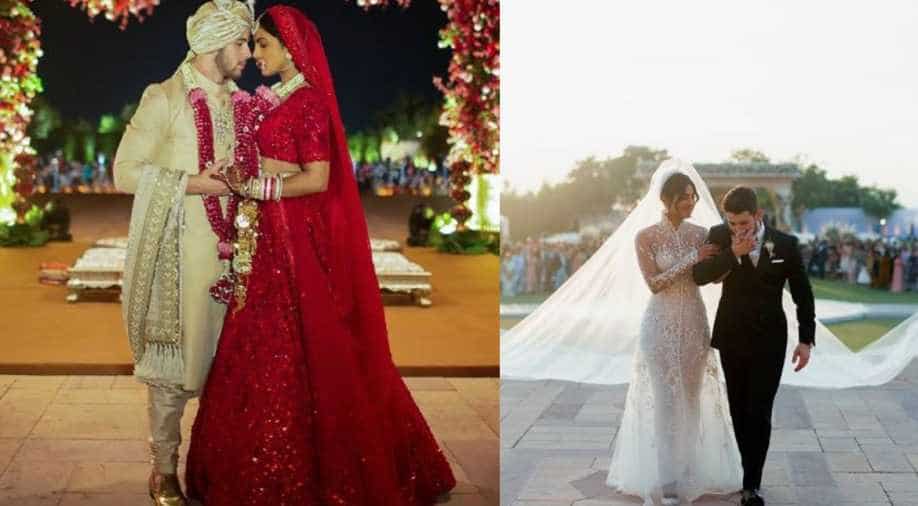 Priyanka Chopra and Nick Jonas had a whirlwind romance in 2018 and got married by the end of that year.

Priyanka Chopra and Nick Jonas had a whirlwind romance in 2018 and got married by the end of that year. The news of their marriage had shocked many as the couple had only started dating a few months back.

Two years on, Priyanka has opened up about her marriage to the American musician and how she was shocked when he proposed her marriage.
Priyanka features on the cover of the March issue of Elle UK. The actress recalled how the proposal had taken her by surprise.

"I didn’t expect the proposal at that point... It was two months! I thought it would happen, but it was still a complete shock. [But] I relinquished control and I just went with it."

Priyanka and Nick had started dating in May 2018 and the singer proposed marriage to her on July 19 - a day after her birthday while the two were on a romantic vacation on the Greek island of Crete.

She also revealed how their romance developed."We were just sporadically meeting for about two years. We were texting and stuff, and there may have been a part of me that wanted something serious.

"But I was taking a hiatus from guys at that point. I didn’t want anyone romantically. But there’s always been something about Nick, which is why we always ended up staying in touch, no matter where we were.

"One thing to know about my husband is that when he makes up his mind, he’ll get what he wants! When he knows, he knows. There’s such a sublime confidence to it that you can’t help but be like, "OK.""

Priyanka and Nick now have extremely busy careers and ensure they see each other every three weeks.

"We see each other every three weeks. Wherever we are in the world, we fly to each other at least once a month for a couple of days. It was our rule when we first got married. Otherwise, we’d never see each other."

Priyanka was recently seen in Netflix film 'The White Tiger' which she has also co-produced. She is now gearing up to release her memoir called 'Unfinished'.