Presenting to you Shah Rukh Khan in and as 'Jawan', first teaser out- Watch 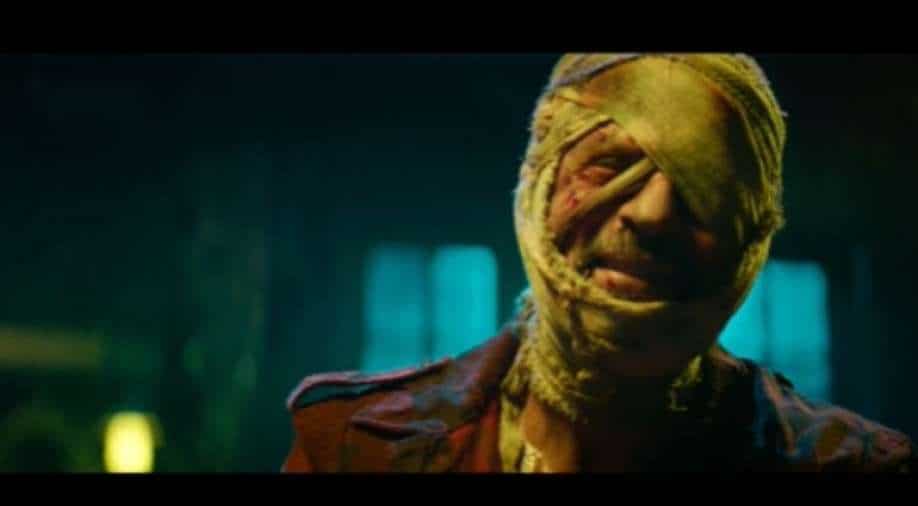 The intriguing teaser shows Khan in a rough look and is all soaked in blood as he's covered with bandages.

Shah Rukh Khan is on a roll! After staying away from the screen, SRK will surely blow your mind with his back to back projects. We all are aware that Khan and South Indian director Atlee have collaborated on a project and now, King Khan has shared all the details about his upcoming action thriller titled 'Jawan'.

The pan Indian movie will release next year on June 2nd in five Indian languages including Hindi, Tamil, Telugu, Malayalam and Kannada.

On Friday, SRK made the big announcement with an intriguing teaser on his Instagram account and wrote, ''An action-packed 2023!!Bringing #Jawan to you, an explosive entertainer in cinemas 2nd June 2023. In Hindi, Tamil, Telugu, Malayalam and Kannada.@gaurikhan @atlee47 @redchilliesen''.

The intriguing teaser shows Khan in a rough look and is all soaked in blood as he's all covered in bandages. Looks like he's playing a role of an undercover agent. The first look of the film promises an action entertainer that all the Bollywood buffs have not seen in a while. The movie is backed by Gauri Khan.

Talking about the film, Shah Rukh Khan said, “Jawan is a universal story that goes beyond languages, geographies and is for all to enjoy. Credit goes to Atlee for creating this unique film, which has also been a fantastic experience for me as I love action films! The teaser is the just tip of the iceberg and gives a glimpse into what’s to come”.

Talking about creating the movie, director Atlee said, “Jawan has something in it for everyone be it actions, emotions, drama all woven into create a visual spectacle. I want to give the audiences an exceptional experience, an event which they all can enjoy together and who better to deliver it than Shah Rukh Khan himself, presented like never before”.

On the work front, Shah Rukh has a bag full of projects including 'Dunki', 'Pathaan' with Deepika Padukone & now 'Jawan'. The next year will be all about Srk.