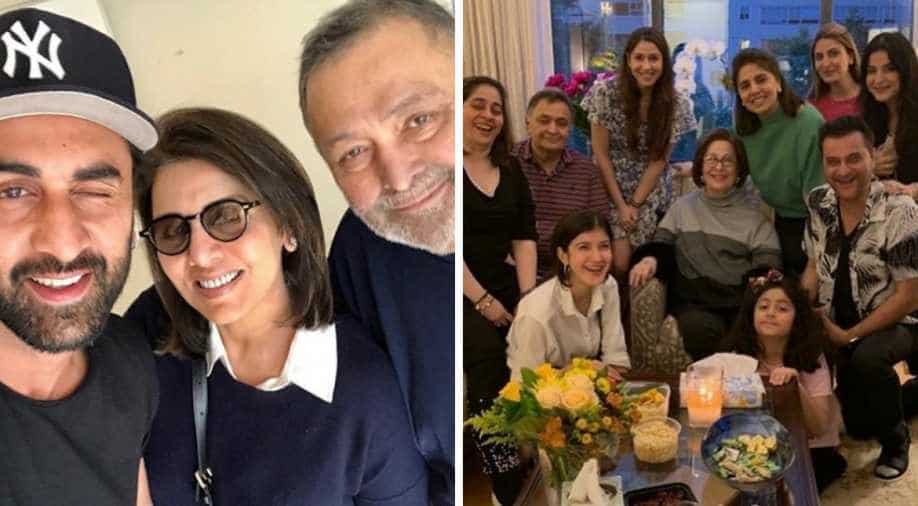 The veteran actor had earlier stated that only once he was completely fit, would he return to India.

Last we told you, Abhishek and Aishwarya Rai Bachchan alongwith their daughter Aaradhya went to meet Rishi and Neetu Kapoor in their current residence in New York.

Now, Sanjay Kapoor, wife Maheep and daughter Shanaya are the latest to join Rishi-Neetu at their home in NYC where Rishi is currently stationed.

Sanjay posted a happy picture of all of them together as they posed for the camera. Also seen are Riddhima Kapoor Sahni and her daughter in the frame.

Rishi looks happy in the recent post as he seems to have recovered from the intense treatments he was given for his cancer. The veteran actor had earlier stated that only once he was completely fit, would he return to India. He plans on coming back before his birthday, that is, September 4.

Previously, the big stars like Shah Rukh Khan, Aamir Khan and others had come to meet Rishi.