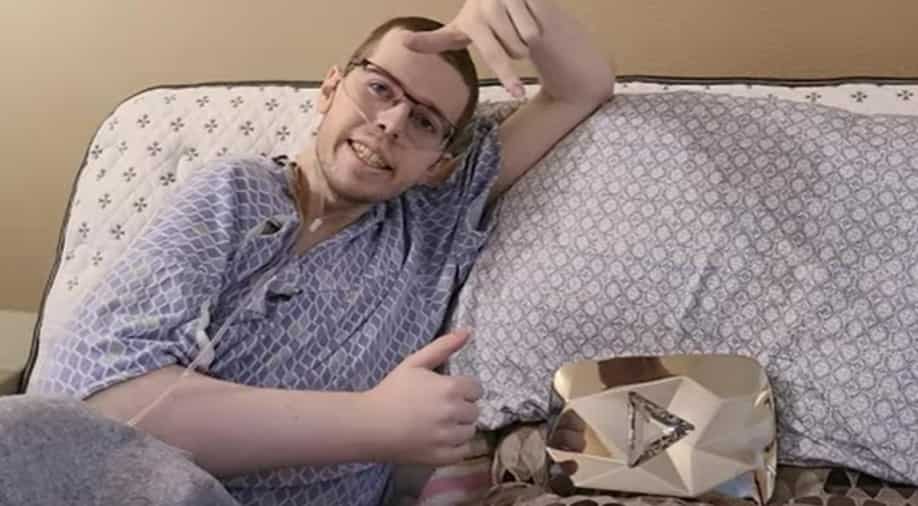 Last year in August, Technoblade revealed his cancer diagnosis to millions of his fans.

The popular YouTuber Technoblade better known for his Minecraft videos has passed away after his long battle with cancer at the age of 23. He was suffering from sarcoma, a rare type of bone cancer. On July 1, the sad news was shared on his YouTube channel Technoblade. His parents shared the late Youtubers' last message for all his 11 million subscribers.

He created his channel in the year 2013 and rose to fame with the videos he posted of him playing the game. He was regarded as one of the best Minecraft players.

In the new message, Techno's father read out the emotional message in the video titled "so long nerds".

''Hello everyone, Technoblade here. If you are watching this, I am dead," His father reads his son's last message which he wrote eight hours before his death via People. ''So let's sit down and have one final chat,''

"Thank you all for supporting my content over the years. If I had another hundred lives, I think I would choose to be Technoblade again every single time as those were the happiest years of my life."

At the end of the video, a long statement from his family was released, "We, the family of Technoblade, wanted you all to know just how much he adored and respected his fans and colleagues. From Technoblade`s earliest online days, he was always strategizing ways to delight and reward his audience."

"Even after his eventual successes he somehow managed to keep his good-natured humility, competing with an endearing balance between his confidence and self-deprecating wit," the statement continued.

Last year in August, Technoblade revealed his cancer diagnosis to millions of his fans.