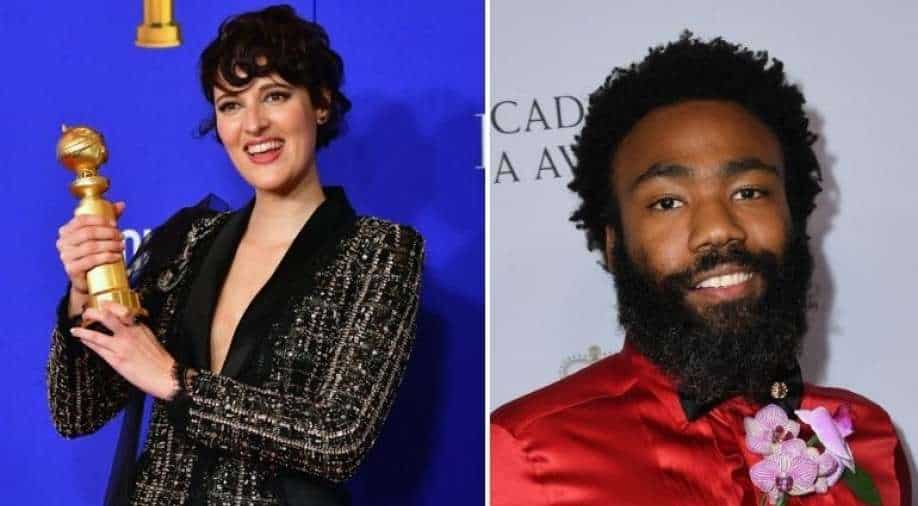 Waller-Bridge and Glover will create and star in the series. Francesca Sloane is also attached as a co-creator and will serve as showrunner. New Regency’s Yariv Milchan and Michael Schaefer will also exec produce.

Donald Glover and Phoebe Waller-Bridge are uniting for an Amazon series, Mr.& Mrs. Smith. The Atlanta star teased the series, coming to Amazon in 2022, on his Instagram story Friday. The project is a reboot of the 2005  film starring Brad Pitt and Angelina Jolie, and has been in the works for months and stems from the Fleabag creator’s overall deal with Amazon.

According to The Hollywood Reporter, Waller-Bridge and Glover will create and star in the series. Francesca Sloane is also attached as a co-creator and will serve as showrunner. New Regency’s Yariv Milchan and Michael Schaefer will also exec produce.

The updated Mr. & Mrs. Smith marks a teaming of Emmy winners Glover and Waller-Bridge who both have a history of creating and starring in their own material. Glover, who has been shopping for an overall deal and has drawn interest from outlets including Amazon, continues to have Atlanta in the works at FX. The series marks Waller-Bridge’s follow-up to Amazon’s Emmy-winning Fleabag.

Amazon Studios head Jennifer Salke also posted the news of the new show to her Twitter account on Friday.

“Talk about the dream team! Donald and Phoebe are two of the most talented creators and performers in the world. It’s truly a dream for us, as it will be for our global audience, to have these two forces of nature collaborating as a powerhouse creative team,” Salke said in a statement. “’Mr. and Mrs. Smith’ is an iconic property, and we can’t wait to see how Donald, Phoebe and Francesca make it their own. We’re thrilled to be working with them, and with such great partners at New Regency.”

As per Variety, Yariv Milchan and Michael Schaefer of New Regency said in a statement: “Having had the pleasure of successful collaborations with the incredibly talented Donald Glover, most recently on ‘Guava Island,’ we all started talking about other projects to do together and when he suggested the idea of a new take and iteration on the New Regency film, ‘Mr. & Mrs. Smith,’ we jumped at the chance to get going right away. Adding Phoebe and her company Wells Street Films as a collaborator and co-star takes everything up another level and makes the project worthy of a reimagining for both new audiences and past fans of the original film.  We are so excited to be working with Donald, Phoebe, Francesca and the entire team at Amazon Studios.”

Glover and Waller-Bridge starred as Lando Calrissian and droid L3-37 in 2018’s 'Solo: A Star Wars Story,', displaying noteworthy natural chemistry and comedic relief to the high-flying space adventure. In 2019, Glover shared his admiration while presenting Waller-Bridge with the British Artist of the Year honor at the British Academy Britannia Awards.