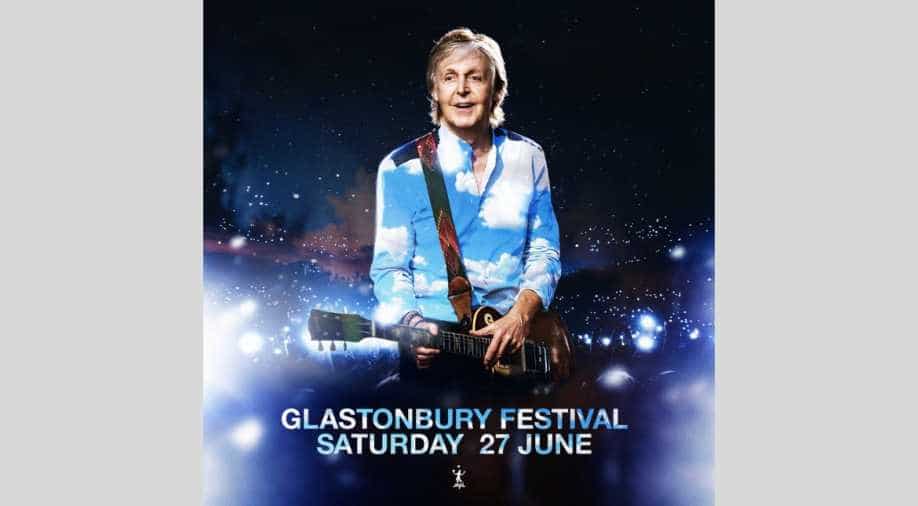 The singer first dropped hints of his performance at the fest on Monday which was followed with a photo he shared on Twitter featuring Philip Glass, Emma Stone and Chuck Berry.

Good news for Paul McCartney’s music enthusiasts as the singer just announced that he will headline at the iconic Glastonbury music festival in 2020. The confirmation was made today the festival’s co-organiser, Emily Eavis.

The singer first dropped hints of his performance at the fest on Monday which was followed with a photo he shared on Twitter featuring Philip Glass, Emma Stone and Chuck Berry. If you notice, the three star’s surnames if spelt out together form Glastonbury (try Glass-Stone-Berry)

Then came Eavis’ father, Michael’s confirmation that McCartney will headline the festival. Michael had set up the music festival in 1970.

Posting on Twitter and Instagram, Eavis said: "IT'S REAL!! So excited.. Having Paul McCartney coming back to headline the Pyramid next year is an absolute dream come true."
"There really was no one that we wanted more for the 50th anniversary," she added.

We are incredibly excited to announce that @PaulMcCartney will headline the Pyramid Stage on the Saturday night of Glastonbury 2020. pic.twitter.com/bcGfjOTYL8

Earlier, McCartney had addressed rumours of him being a part of the music festival in an interview. In a radio interview, he said, "People are saying that it will be good if I did it, so I'm starting to think about whether I can or whether it would be a good thing ... It's starting to become some remote kind of possibility."

McCartney previously headlined Glastonbury in 2004, when he played a 33-song set spanning the Beatles, Wings and his solo material, including two encores.

Among others confirmed performing at 2020’s event is Diana Ross.