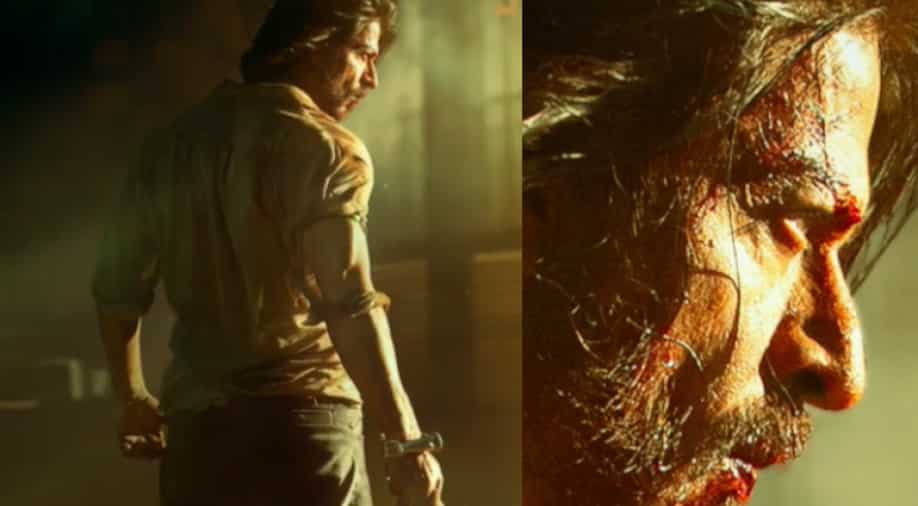 'Pathan' will release next year on January 25, a day before Republic day.

King Khan of Bollywood Shah Rukh Khan is undeniably the superstar of Hindi cinema. Today, the actor has completed three decades in the industry as his debut film 'Deewana' completed a glorious 30 years. The movie was released on June 25, 1992. Celebrating the special occasion, Khan has a special treat for all his millions of fans and followers as he revaled the most anticipated first look of his fourthcoming movie 'Pathaan.'

Khan, who is on a roll right now with his back to back movie announcement, shared the motion poster and we can say the other blockbuster is on the way to shatter all the box office records.

The movie will release next year on January 25, a day before Republic day.

30 yrs and not counting cos ur love & smiles have been infinite. Here’s to continuing with #Pathaan.

Sharing the intriguing  motion poster, SRK wrote, ''30 yrs and not counting cos ur love & smiles have been infinite. Here’s to continuing with #Pathaan. Celebrate #Pathaan with #YRF50 on 25th January 2023. Releasing in Hindi, Tamil and Telugu. @deepikapadukone | @TheJohnAbraham| #SiddharthAnand | @yrf.''

The movie will also star Deepika Padukone and John Abraham in the pivotal roles.

There has been a lot of buzz around this film that will mark the comeback of Khan to the silver screen after a sabbatical of four years. He was last seen in ‘Zero’ which was a dud at the box office.

The movie will bring back the star couple Shah Rukh & Deepika to the screen after many years and together they will create magic on screen for sure.  As per the reports, they are playing the RAW agents in the upcoming action thriller

The teaser shows Khan in a rough look and is face is all soaked in blood as he's holding gun, hinting this will be a action entertainer that all the cinemagoers have not seen in a while.

“He is the alpha man on a mission in this action spectacle that will hopefully set new benchmarks for the action genre in India,” Director Siddharth Anand said via Variety. “When you have Shah Rukh Khan in your film, along with superstars like Deepika Padukone and John Abraham, you have to reach for the stars in every department and I don’t think we will disappoint on that promise with ‘Pathaan.’ ” Anand added.