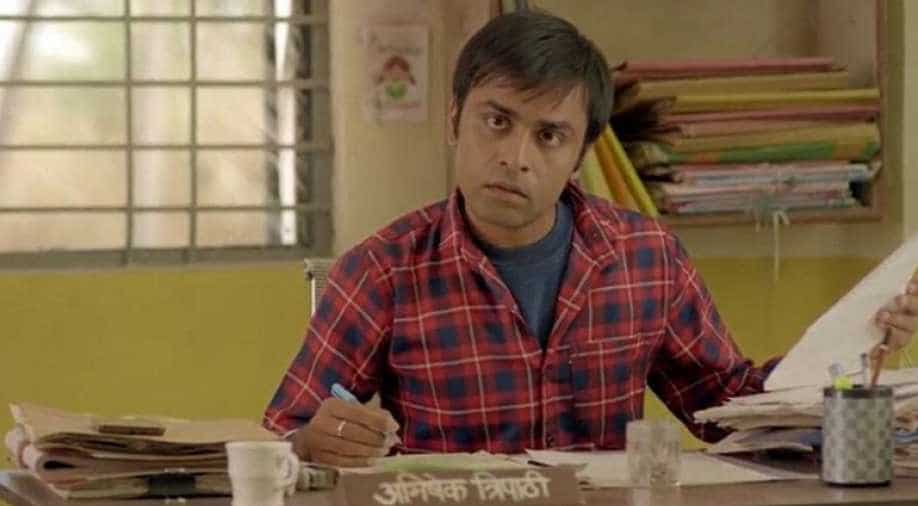 Jeetendra Kumar in a still from 'Panchayat' Photograph:( Twitter )

TVF's new offering 'Panchayat' is 8 episodes long and each episode very subtly deals with problems of patriarchy, dowry and superstitions.

The beauty of TVF's new web series 'Panchayat' lies in subtle moments. Directed by Deepak Kumar Mishra and streaming on Amazon Prime, it is a story of one Abhishek Tripathi who is a reluctant public servant. Abhishek takes up the job of a secretary of a Panchayat in Phulera village in Uttar Pradesh because he has been unable to crack the interviews of any big company in the city. He chooses a job that pays Rs 20,000 over the option of sitting at home and on his arrival to the remote village repents it completely.

Things are not in place right from the beginning. His office-cum-home isn't livable, there are regular power cuts in the evening, there are the usual orthodox ways in which the village operates, there is patriarchy and ever so often Abhishek finds himself lost in a society that is different from the city life that he is used to.

His co-workers are amiable and cheerful, much to Abhishek's annoyance initially. There is the Pradhan (Raghubir Yadav) who is not the elected leader but runs the show in place of his wife (Neena Gupta) who is the actual village head. There is also a deputy head Prahlad (Faisal Malick) who is more interested in food than work and Sahayak Vivek (Chandan Roy) who eventually becomes Abhishek's friend and confidante.

Abhishek is miserable from the first day in the village after being coaxed by his high-flying friend, he starts studying for CAT which becomes his only motivation to stay put in the village. After all work experience at the grassroot level always counts when seeking admission in B- school. He is no Mohan Bhargav of 'Swades', and is unwilling to be a party to petty fights and problems that he encounters in the village but always reluctantly and sometimes due to selfish interest ends up dealing with them.

The series is 8 episodes long and each episode very subtly deals with problems of patriarchy, dowry and superstitions. The story, of course, focuses on Abhishek and his life in the village but in his reluctance and self-interest he ends up becoming a crusader, solving issues, breaking myths and even dismissing age-old folklore. Not once does the narrative turn preachy but the screenplay by Chandan Kumar is nuanced and subtle driving home some relevant points and avoiding to sound like sermons.

The writing is very effective. It fills up the narrative with sweet, humourous moments and never drags. You feel Abhishek's frustration at being stuck in a village which shuts down at 7 in the evening, you feel his anguish when he goes on a rant about he doesn't feel connected to the place, you smile when the Pradhan and his two aids set up a mini picnic in the middle of a forest to brighten up Abhishek's Saturday night and you nod in agreement when the woman of the house suddenly bursts out about how painful it is two have more than two children. There are so many issues that the series takes up, and all beautifully included in the narrative.

Watch out for the moments where Abhishek takes on an egoistic groom, the time the group of four get involved in a 'gang war' and the episode involving a revolving chair. Some beautiful, funny moments tucked into a story full of warmth.

Good writing is also propelled by great performances from the cast. Jitendra Kumar, a regular at TVF, is the main lead. As Abhishek, he delivers a restraint performance- and never falters. He is the central character of the story, but there is ample weightage given to Raghubir Yadav- a veteran who emotes through his eyes throughout the series and Neena Gupta who even in limited screen time, is a scene-stealer.

Special mention to actor Chandan Roy who plays the innocent, helpful Vikas to the hilt. Much like TVF's previous shows, this one too has great camera work by Amitabh Singh and beautiful music by Anurag Saikia.

'Panchayat' is the perfect watch in the days of lockdown. It makes you smile ever so often, drives home some relevant points and reminds us all that simple living is perhaps the way forward.