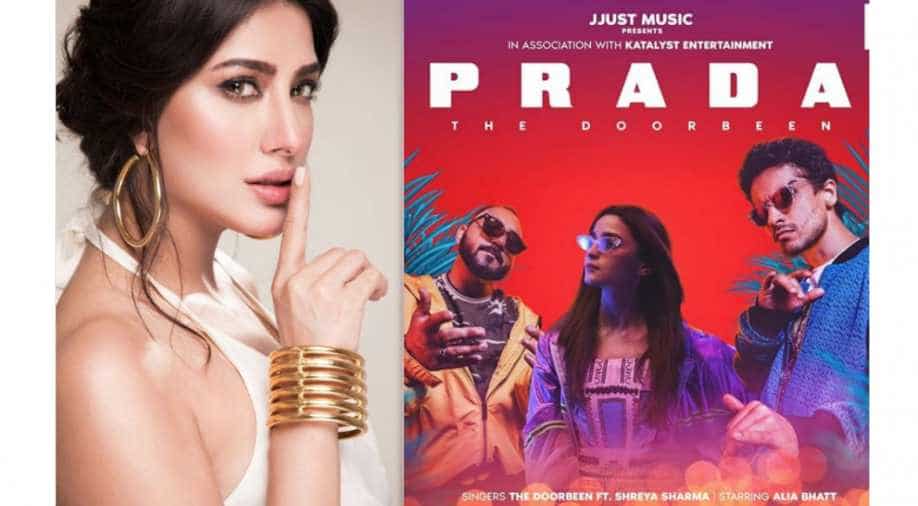 Alia Bhatt’s latest song ‘Prada’ might be the newest sensation on music charts but Pakistani actress Mehwish Hayat has a serious problem with it.

Mehwish took a dig at Alia Bhatt who features in the music video as she called it a stolen song. She criticised Bollywood for its alleged “hypocrisy” and accused it of stealing Pakistani songs.

Apparently the song ‘Prada’ bears resemblance with Pakistani song ‘Gore Rang Ka Zamana’ from ‘Vital Signs’ album. It started when a lot of Twitter users pointed out that the songs sounded alike.

Taking to Twitter then Mehwish wrote, "I find this strange. On the one hand, Bollywood vilifies Pakistan at every opportunity they get. On the other, they continue to steal our songs. Copyright violation and royalty payments obviously mean nothing to them.”

"Now can we wake up, smell the coffee and see Bollywood's agenda for what it is? Shah Rukh Khan, be patriotic, nobody is stopping you - just don't do it at the expense of vilifying us," she tweeted.

I find this strange. On the one hand Bollywood vilifies Pakistan at every opportunity they get. On the other, they continue to steal our songs without so much as an acknowledgment. “Copyright violation” and “royalty payments” obviously mean nothing.https://t.co/2x48WIGjf3

Mehwish has previously too been vocal about India banning Pakistani artists. In an opinion piece written for CNN earlier, she was quoted, "Indian PM Modi has arguably co-opted and weaponised the country's film industry. It's difficult, often impossible, for Pakistani actors to find work in India. Pakistan is a Muslim majority nation and Islamophobia is a top-down industry in India: at the top, hyper-nationalist films, songs and slogans teach the masses to hate. At the grassroots, Muslims have been killed for so-called crimes like eating beef.”