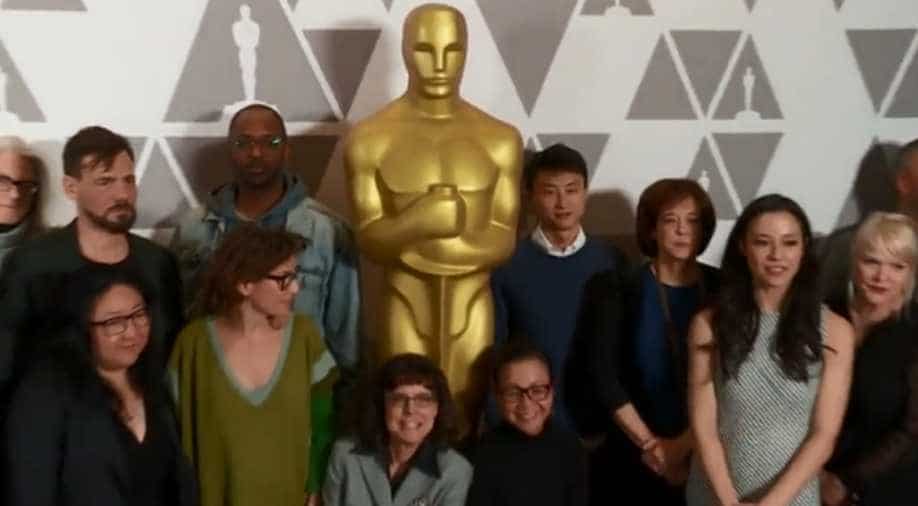 The Oscars, the highest honours in the movie industry, will be handed out in Hollywood on February 25 (IST).

Directors of Oscar-nominated documentaries attended a reception in their honour at the Academy of Motion Picture Arts and Sciences in Beverly Hills, California on Tuesday (February 19).

Filmmaker RaMell Ross, whose film 'Hale County This Morning, This Evening' is an intimate portrait of two young black men in rural Alabama, said the nomination has opened up the documentary genre to more experimental films.

"It's allowed a lot of other filmmakers who are interested in making films that are kind of outside of the norm a permission and a sort of marker for them to reference or for them to look to for the language that perhaps can be accepted," he said.

"You never know how it is going to land, but we just hope that people come away inspired by Alex's courage and this idea that if you work really, really hard towards your dream, anything is possible."

To make 'Of Fathers and Sons,' director Talal Derki spent two and a half years living with an Islamist family in Syria. He said the hardest part was seeing the impact of the father's decisions on his children.

"I had emotion for the kids because they are innocent, it's not their mistake, it's the adult mistake that takes them on this path, to be a jihadist fighter and I wish all of this not to happen," he said.

'RBG,' about Supreme Court Justice Ruth Bader Ginsburg, should uplift viewers, director Julie Cohen said, joking that it should also inspire them to take up planking, which Ginsburg is seen doing during her gym sessions in the film.

"We hope people learn something about how equal rights for women were secured in the US, about how far we've come for women's legal rights, but we were also hoping that people would come out of movie theatres or come away from television streaming seeing this movie and feeling really good, really inspired and ready to take on the world and start planking," she said.

The final film competing for the Oscar is 'Minding the Gap,' which follows a group of young men who share a love of skateboarding as they grow up in the US midwest. Director Bing Liu said he resisted exploring the group's political views as the 2016 election campaign took place.

"It's a film that's very evergreen. I mean, we had an opportunity to actually go into the political leanings of one of the characters around 2016, but we chose not to. I mean this is a story that, I mean, me being from this community could have kind of told in different eras, just because so much of it is just cyclical. Again, it's like, why are these same patterns happening over and over," he said.

The Oscars, the highest honours in the movie industry, will be handed out in Hollywood on Sunday (February 24).