Once Upon A Time in Hollywood: Film cast Brad Pitt, Leonardo DiCaprio reunite at London photocall 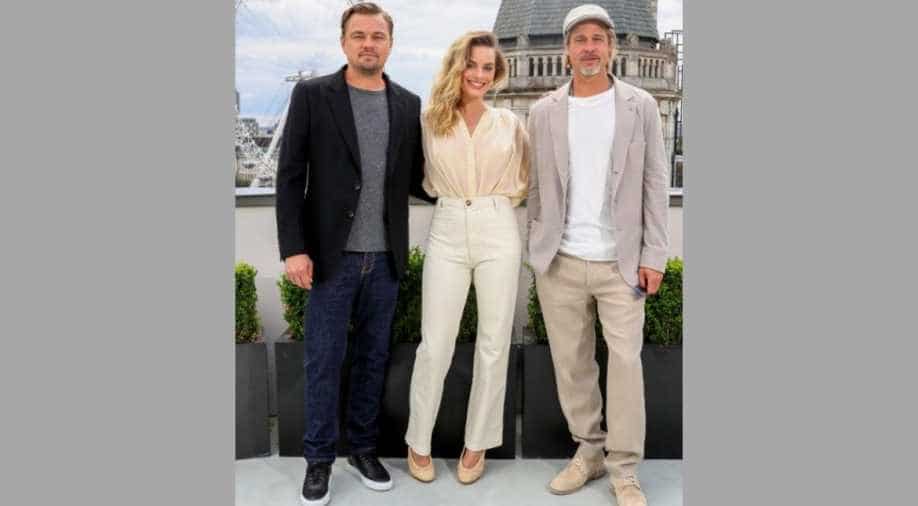 Once Upon A Time in Hollywood cast Photograph:( Twitter )

After attending the Los Angeles premiere, the cast then went to London.

‘Once Upon A Time in Hollywood’ cast members Leonardo Di Caprio, Brad Pitt, Margot Robbie and others reunited in London for a photocall as the film has been doing good business at the US box office.

After attending the Los Angeles premiere, the cast then went to London.  The two A-listers kept it clean and their blacks and white while filmmaker Quentin Tarantino kept it cool in an Aztec printed shirt with black pants and cream coloured shoes along with tinted orange sunglasses.

They were later spotted for the Berlin premiere of the film.

See pictures from the event:

Leo and Brad play friends in the film as they look back at the best time of Hollywood according to many -- the 60s.

While Leo plays Rick Dalton, a struggling actor in the 60s, Brad plays Rick's stunt double Cliff Booth. Margot Robbie will bring Sharon Tate to life, who was brutally murdered by the followers of Charles Manson.

The film is also the last for late actor Luke Perry who was recently seen on the hit show ‘Riverdale’.

The film will release in theatres in India on August 15.