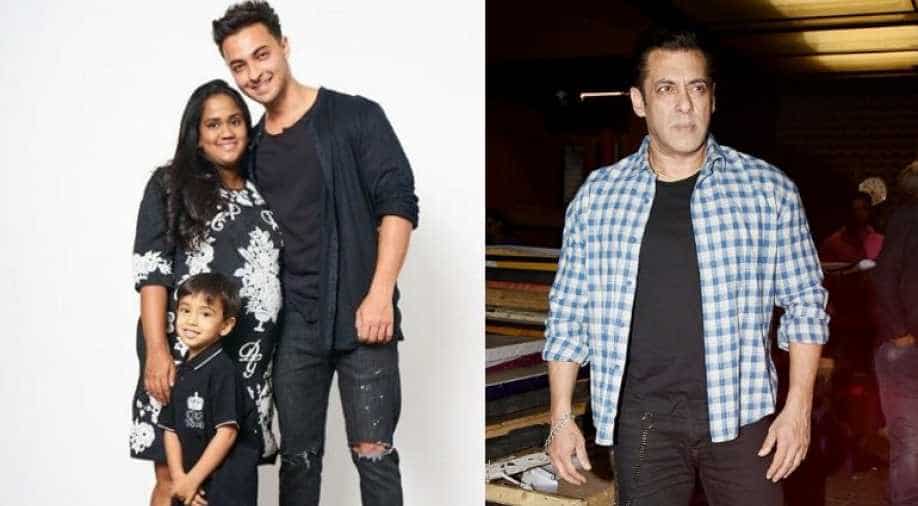 Salman Khan's sister Arpita and her husband Aayush Sharma wlecomed the birth of the second child on Friday Photograph:( Instagram )

Salman Khan got the perfect birthday gift on Friday as his sister Arpita Khan Sharma gave birth to a healthy baby girl in a suburban hospital in Mumbai.

Arpita's husband, actor Aayush Sharma took to Instagram to announce the arrival of the new family member. The couple who have a four year old son Aahil have decided to name their daughter Ayat.

"We’ve been blessed with a beautiful baby girl. Thank you so much for all the love and blessings for Ayat Sharma," read the post.

Just a few hours back, on Thursday evening, Salman rang in his 54th birthday at brother Sohail Khan's residence where Arpita and the rest of the family was in attendance. Salman, who usually celebrates his birthday at his Panvel farmhouse, decided to celebrate this year in Mumbai owing to Arpita's pregnancy.

Arpita and Aayush Sharma got married in a lavish ceremony in Hyderbad in 2014. The couple had their son Ahil in 2016. Aayush made his acting debut in 2018 in 'Loveyatri'.