'No retirement from our hearts': B-town reacts as MS Dhoni calls time on his international career 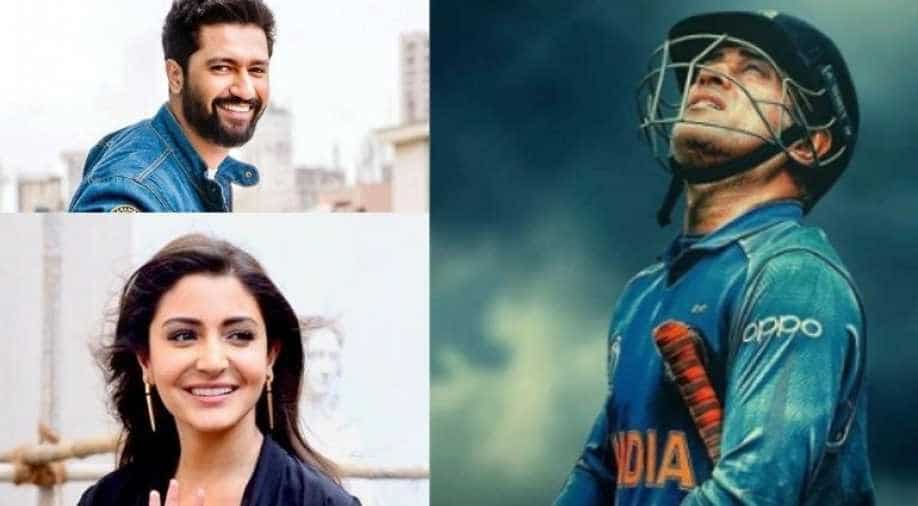 Celebrities like Anushka Sharma, Varun Dhawan, Vicky Kaushal, Riteish Deshmukh, and others took to social media to react to the retirement of the 'Captain Cool'.

As India`s World Cup-winning captain, Mahendra Singh Dhoni on Saturday announced retirement from the international cricket, several Bollywood celebrities thanked the wicket-keeper batsman for treating them with his 16-year-long innings.

Celebrities like Anushka Sharma, Varun Dhawan, Vicky Kaushal, Riteish Deshmukh, and others took to social media to react to the retirement of the 'Captain Cool'.

In pics: Witty, classy, cool: Relive some of the best quotes from MS Dhoni

Actor-producer Anushka Sharma posted a picture of Dhoni on her Instagram stories and thanked him for the cricket memories that he has given to every fan."Thank You MSD for the memories that we will never forget," she wrote along with the picture. 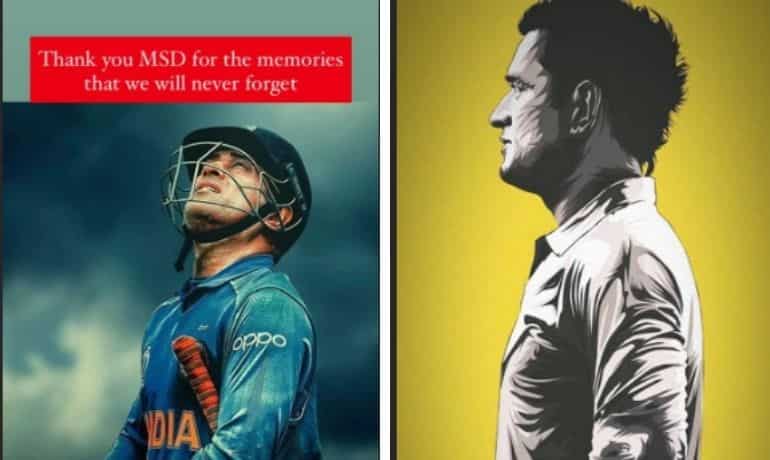 Actor Vicky Kaushal, on the other hand, took to Instagram stories and posted a creative picture of the former skipper and wrote," What an inning! Thank You for everything." 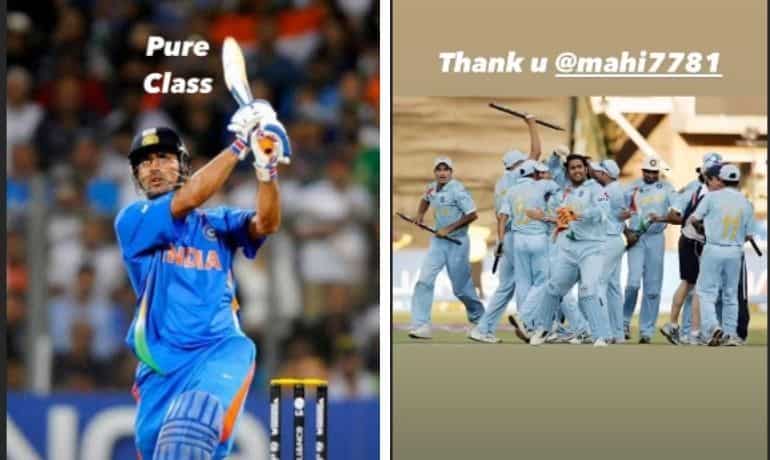 Varun Dhawan also posted two pictures of Dhoni from the cricket stadium on Instagram stories and wrote, "Pure Class," along with one picture and, "Thank U," with the other one.

Riteish Deshmukh also posted a picture of the ace cricketer and said that Dhoni cannot retire from the hearts of the fans."No retirement from our hearts #MSDhoni," tweeted Deshmukh.

No retirement from our hearts ♥️ #MSDhoni @msdhoni pic.twitter.com/SMRA15L00L

Actor Randeep Hooda took to Twitter and shared a picture of Dhoni from the stadium and wrote, "Nooooo," in disbelief to the news of his retirement and then said, "You`ve always known the best .. Thanks for the entertainment."

बहुत याराना लगता है ।।
It’s too much...
thank you for all the gentleness and the aggressive entertainment Suresh Raina bro 🤗🙏🏽#rainaretires #raina pic.twitter.com/Ycvq6Di6Xi

'Pati Patni Aur Woh' actor Kartik Aaryan posted a picture of one of the iconic moves of the former cricketer and asked if there is anything that can change his mind of retiring from international cricket. "Id there anything we can do to change your mind?" he wrote.

Dhoni made his ODI debut in 2004 and changed the face of Indian cricket with his calm demeanour, sharp understanding of the game, and astute leadership qualities.He is among the most successful captains in world cricket. It was under his leadership that India lifted the ICC Cricket World Cup in 2011 after having led India to triumph in the ICC World T20 in its maiden edition of the tournament held in 2007 in South Africa.

With India winning the ICC Champions Trophy in 2013 in England, Dhoni became the first and is still the only captain to date to have won all three ICC Trophies.While his heroics in the limited-overs formats are well documented, it was also under his leadership that India became the number one Test side in 2009 and the team stayed at the top for over 600 days.

He has led India to victory in 21 home Test matches, the most by an Indian captain. Leaving behind a rich legacy that will be difficult to replicate, Dhoni holds the record for most international matches as captain (332).Unarguably the quickest man behind the wicket, Dhoni has 195 international stumpings, the most by any wicket-keeper.

Also read: MS Dhoni announces retirement! Check out some of his coolest records

He was also known for his knack of opting for reviews and many have jokingly remarked to change the 'Decision-Review System's' name to 'Dhoni-Review System'. In December 2014, he announced his retirement from Test cricket and gave a chance to the likes of Wriddhiman Saha.

Dhoni called time on his Test career after playing 90 Tests, managing to score 4,876 runs at an average of 38.09. Then in 2017, he handed over the captaincy to Virat Kohli in the 50-over format.Dhoni was slated to return to the cricket field on March 29 during the IPL`s opening match between CSK and Mumbai Indians.However, the tournament will now be played in the UAE from September 19 to November 10. He will continue to captain CSK in the IPL 2020.