Ninth-edition of 'Celebrating North East' concludes in Delhi with showcase of region's arts, music and dance 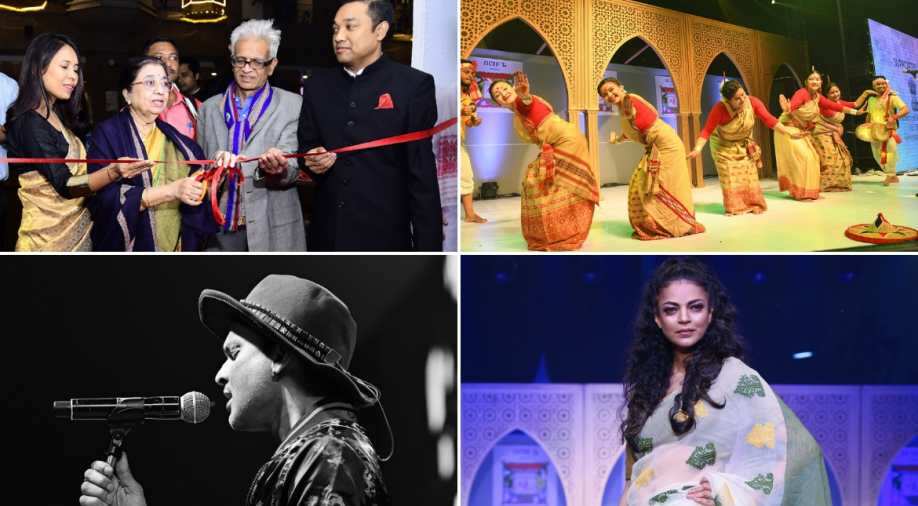 Spread over two days, Celebrating North East 2019, an annual cultural event concluded on a high note on November 3 in New Delhi. Showcasing the rich heritage of India’s northeastern region with music, dance, fashion and some inspiring artisanal works, the North East Institute of Fashion Technology (NEIFT) organised the ninth edition of the festival.

The festival opener had guests like Usha Mangeshkar who inaugurated the pavilion of Dr Bhupen Hazarika, a Bharat Ratna Awardee. His son Tez Hazarika also attended the event along with award-winning filmmaker Rima Das who is best known for her National Film Award-winning movie ‘Village Rockstars’.

Usha Mangeshkar who was happy to be at the event said that she had to attend the festival as it was remembering Dr Bhupen Hazarika, who was an important part of the Mangeshkar family. On the need for such festivals, she told WION, “There is so much talent in the North East. Everyone needs to be made aware of their music, their culture that is so unique and worth celebrating.”

The second day had the Minister of State for Finance, Anurag Thakur, addressing the region that is brimming with talent.

Anurag Thakur on the event said, "Celebrating North East is providing a platform to the north-eastern regions of the country to showcase their talent and represent the beauty and skills of their homeland. The initiative is creating awareness about the less explored regions in the state and encouraging people to delve into the beauty of NER, indeed a great start to something beautiful!"

The cultural festival also featured fashion shows on both the days highlighting handloom and handicraft-ensembles. There were folk dances and special performances by Zubeen Garg, Joi Barua, Deeplina Deka and others.

Vikram Rai Medhi, Festival Director and CEO of NEIFT on the festival said, “It overwhelms me to see how kindly people are embracing the works of artisans, weavers, craftsmen and north-east as a whole. With utmost gratitude and a sense of pride, I can say it's time people of NER get their due in terms of appreciation as well as equal opportunities. Familiarising the people with north-eastern heritage and the rich culture that comes along with it, the festival has been a huge success, intending to reach other cities as well, starting with Mumbai with a special focus on the life and work of Bharat Ratna Bhupen Hazarika.”