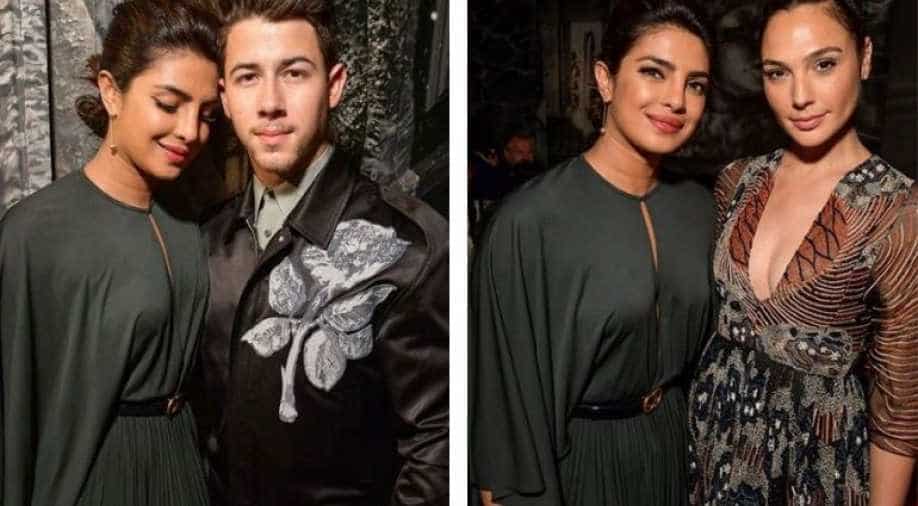 Priyanka and Nick attended a Christian Dior event which showcased its Fall-Winter 2019-2020 Haute Couture collection in Paris on Monday, and several stars came out to view all the high-end looks

Ever since Nick Jonas and Priyanka Chopra tied the knot in two lavish ceremonies, the pair have been attending all the events together dressed to the nines.

The power couple never misses a chance to grab eyeballs at events, be it a movie premiere, song launch or a fashion show.

The two attended a Christian Dior event which showcased its Fall-Winter 2019-2020 Haute Couture collection in Paris on Monday, and several stars came out to view all the high-end looks, reported E! News.

Nick and Priyanka sat in the front row of the fashion show to witness all the new looks of the season.

Dressed to impress, the `Quantico` actor wore an emerald green dress that was cinched at the waist with a black belt. Meanwhile, the `Sucker` singer looked dapper in a black jacket with a bright blue floral design.

The couple`s appearance came just days after they attended the wedding of Joe Jonas and Sophie Turner in Provence.

The other A-list celebrities, including Gal Gadot, Shailene Woodley and Elisabeth Moss also sat at the front row along with Nick and Priyanka.

Olivia Palermo was also seen at the event along with Jenna Coleman, Maya Thurman, and Coco Rocha. Of course, it wouldn`t be a fashion show without Anna Wintour, who also in attendance.

Considering the Haute Couture shows in Paris have just got started, fans can expect to see even more stars acing the fashion game.

On the work front, Priyanka is all set to make her Bollywood comeback with Shonali Bose`s `The Sky Is Pink`.  Apart from that, she has also collaborated with American actor Mindy Kaling for a wedding comedy.

On the other hand, Nick recently reunited with his brothers Joe and Kevin and the Jonas Brothers have since been giving hit singles. Their first comeback song `Sucker` was a major hit. The band`s new album `Happiness Begins` released on June 7.