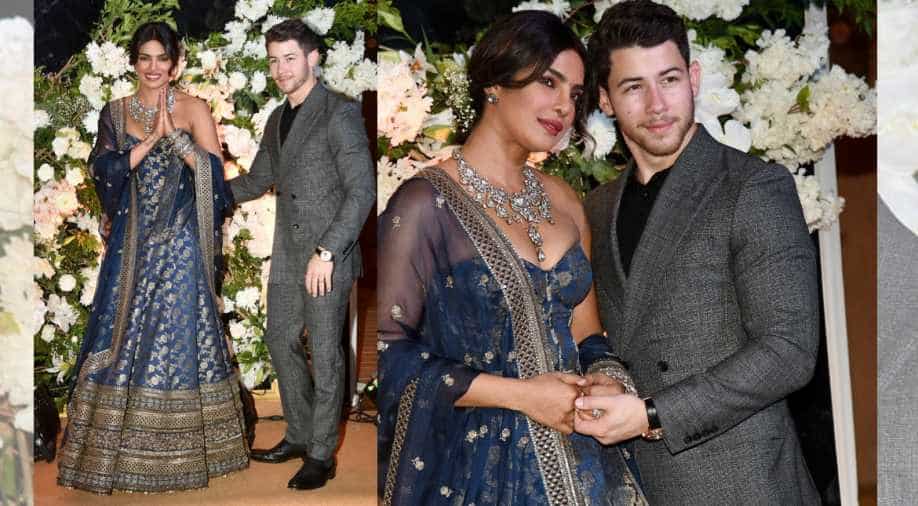 In a video that is doing the rounds of social media, Nick can be seen discussing his grand wedding to Priyanka and explaining the Hindu rituals to the hosts.

Cue the awws, everyone. Nick Jonas just explained the significance of 'saat pheras' live on a US show.

The singer, who married actress Priyanka Chopra in a grand ceremony in Jodhpur in December, appeared on an episode of the popular American variety show, 'Martha & Snoop's Potluck Dinner Party', co-hosted by Martha Stewart and American rapper Snoop Dogg.

In a video that is doing the rounds of social media, Nick can be seen discussing his grand wedding to Priyanka and explaining the Hindu rituals to the hosts.

"She comes from a big Indian family, I obviously have my brothers... we did in Jodhpur, at a palace there which was beautiful. Obviously there was good food, good music... so you do the pheras, in which seven walks around the fire symbolise seven lives together. So I am locked in for good now," Nick explained as they all started laughing.

The couple had two ceremonies. A white wedding to honour Nick's family and his religion and a Hindu ceremony - for Priyanka's faith.

Nick, in fact, had performed all the Hindu rituals diligently. His sister-in-law, actress Parineeti Chopra had earlier revealed that Nick was the ideal brother-in-law who indulged his sisters-in-law with expensive gifts at the wedding.

The couple's wedding was closely observed and celebrated world over.