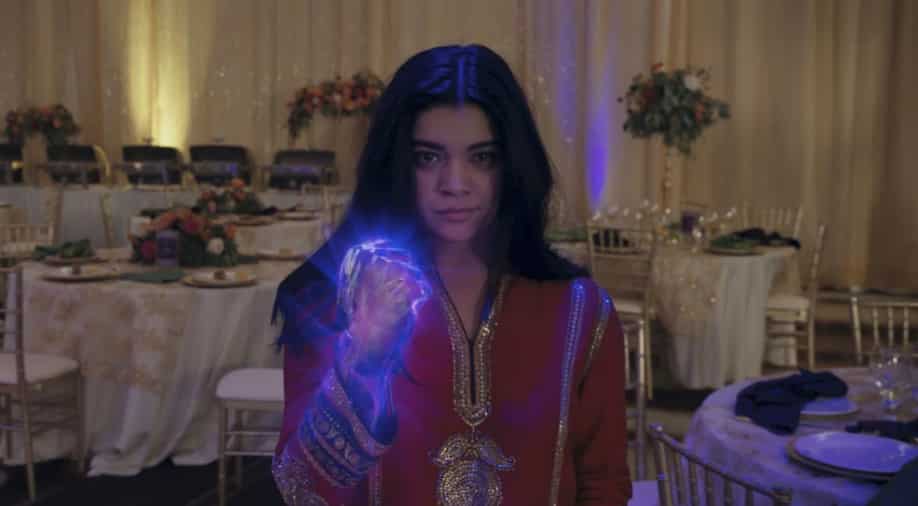 Giving a hard kick to our mid-week blues, makers of 'Ms Marvel' dropped the third episode of the web series on Disney+ Hotstar on Wednesday. Seeing a Bollywood-style wedding with foot-tapping hit numbers, fans took to social media to express their excitement.

As diehard Marvel fans witnessed Kamala Khan, a Pakistani-American girl living in Jersey city, deal with her newfound superpowers, many shared their live reviews on micro-blogging sites and talked about MCU featuring a desi wedding.

In the sequence, Kamala’s brother Amir is seen getting married. And, like any desi Muslim wedding, there were iconic Bollywood songs playing in the background.

Spoiler alert! First, during the mehndi ceremony, we see Amir’s shoes getting stolen, and not just one pair, but all of them. The scene was aptly set to the classic number 'Joote Do Paise Lo'. Then we saw a wedding and a reception-cum-sangeet where Kamala’s family performed to hit numbers. Her parents danced to Helen’s famous song 'Yeh Mera Dil' from the 1978 film 'Don'. And, Kamala and her cousins performed 'Dil Bole Hadippa’s title track.

#MsMarvel spoilers
-
-
-
-
-
-
THE ENTIRE WEDDING SCENE WAS SO GOOD OML THE WAY MARVEL ACTUALLY DID THAT pic.twitter.com/qq7lgFmEli

To see a desi wedding in a Marvel show is completely insane. This whole scene was EVERYTHING. Marvel did not fail us! #MsMarvel pic.twitter.com/k3QRDE8IF9

#msmarvel SPOILERS
-
-
-
-
I can’t believe we got a desi wedding in the MCU, I teared up. Representation matters fr 🥲 pic.twitter.com/UTMx7NTDOA

Also read: Were weapons used to murder Sidhu Moose Wala supplied from across the border?

The show began streaming on June 8. The big finale of the series will premiere on July 13.