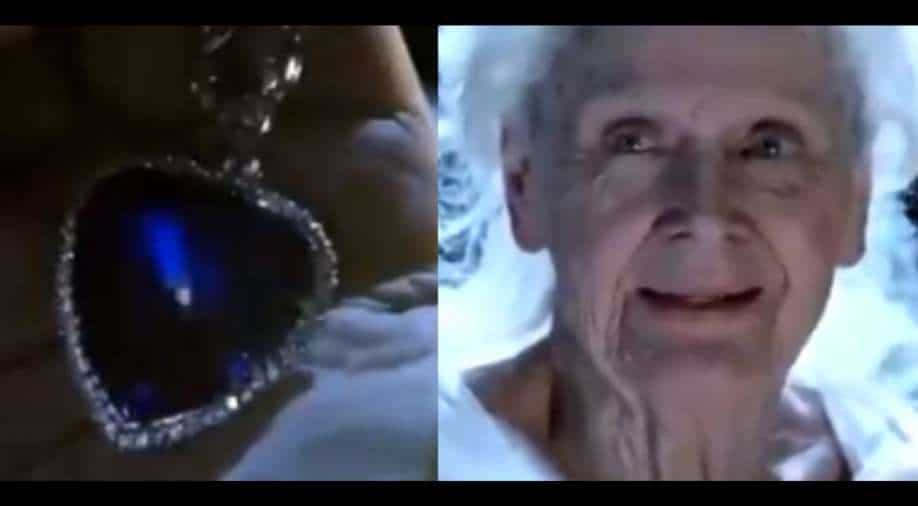 Making rounds on the internet is a clip from the climax of ‘Titanic’ with a surprisingly funny ending.

Netizens can’t believe this could be the alternative ending for superhit Hollywood film Titanic!

Making rounds on the internet is a clip from the climax of ‘Titanic’ with a surprisingly funny ending including Gloria Stuart being seen throwing away the ‘Heart of the Ocean’ necklace into the ocean by the ship crew that has spent years searching for the massively gorgeous jewel.

The tweet featuring the alternative climax was shared by movie buff Pat Brennan who shows how the ending scene would have turned out if a sequence of events would change in the climax.

The video shows how older Rose (played by Gloria) is surrounded by the treasure hunter Brock Lovett and his team, who had been looking for the precious jewel all along with advanced mini submarines and other technology. As she throws it into the ocean in front of them, one of the crew members is heard saying: “That really sucks lady!”

The alternate ending to Titanic is hilarious. This would have absolutely ruined the film for me pic.twitter.com/L3vSrSb72e

The two-minute twenty second video clip has been viewed over 1.3 million times on the social media platform since it was posted last week. Pat captioned and said that this ending to Titanic is “hilarious” and would have absolutely ruined the film for him. We think so too!

Netizens have been sharing the video as most express in disbelief if this is even “legit”.

This cannot be real

For reasons that escape me, that’s the one part of this that made it into the final version. pic.twitter.com/OnI3w5GoTi

My biggest issue is that he already has a submarine capable of reaching the diamond, he could just circle back and send it down again 🤣 so, why the freakout?

I half-expected a star to winkle or a goddamn circle fade. This is so bad omfg.