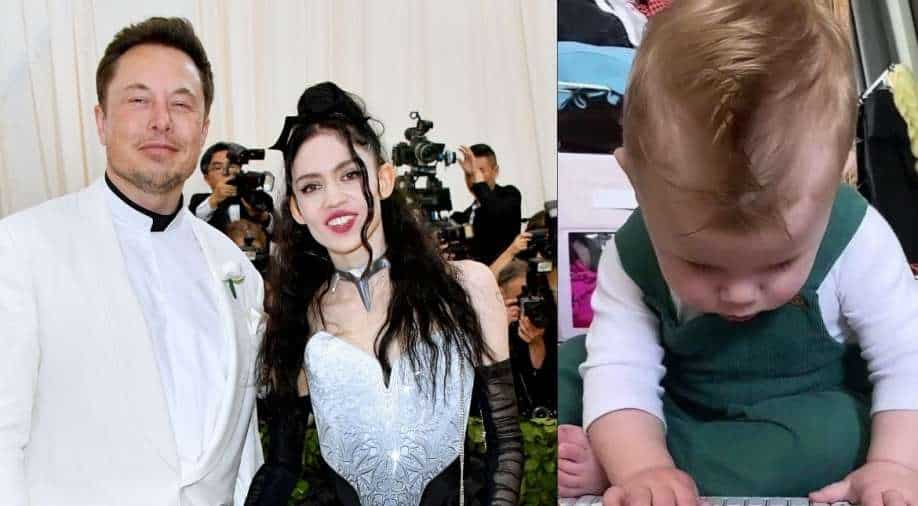 It was mama Claire Grimes’ birthday and the little one took it upon himself to wish mother by creating music on the synthesizer.

Elon Musk’s son has been in the news ever since he came into this world. It all started with his name as Elon Musk and partner Claire Grimes named him X Æ A-Xii or X Æ A-X12.

Now, the cute toddler is impressing one and all with his musical skills. The 10-month-old was recently seen playing an electronic keyboard and netizens couldn’t stop gushing over him.

It was mama Claire Grimes’ birthday and the little one took it upon himself to wish mother by creating music on the synthesizer.

Grimes then shared the video of him playing online and titled it: “lil X made a loop on my keyboard? Prob an accident but tbh he played a super fire set just now.”

As unique as his name, Elon Musk's son X Æ A-Xii or X Æ A-X12 left a smile on everyone who watched the clip as he happily lets his fingers glide over the instrument and make awesome music out of it.

THE CUTEST BABY I’VE EVER SEEN IN MY LIFE 🥺🌌🔮🌸✨🍭🤩 pic.twitter.com/srrpdKThSg

Has got the X factor?