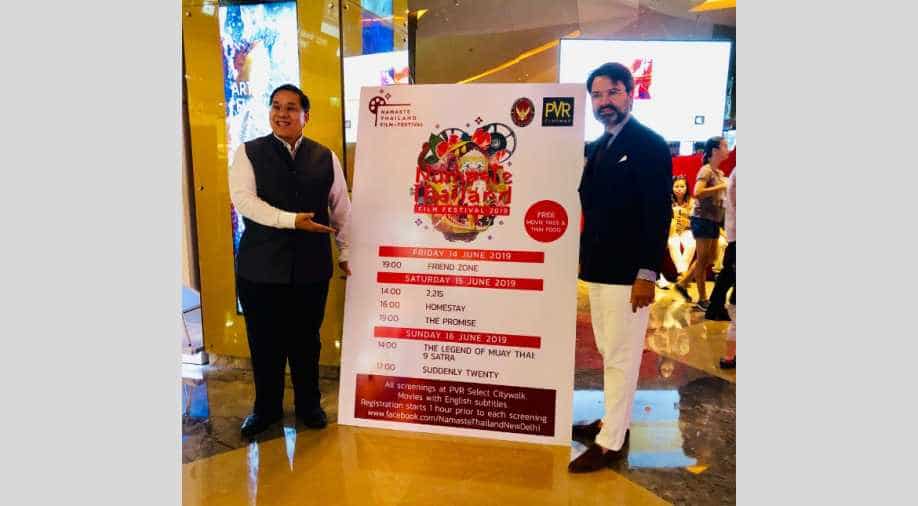 Namaste Thailand Film Festival 2019 concluded on Sunday in New Delhi as it returned with the third edition of the widely popular cultural exchange. This has been organised annually since 2017 to bridge the gap between Indian and Thai cultures by bringing a taste of Thai films to the Indian audience.

Royal Thai Embassy in association with India’s PVR Cinemas inaugurated the film festival spanning three days with the screening of the modern Thai romantic comedy ‘Friend Zone’ that depicted the story of a grey zone where relationships are trapped between being friends and lovers.

Ambassador of Thailand to India, Chutintorn Gongsakdi, on the film festival said, “We are happy that people turned up in large numbers for the inauguration and the screening of Friend Zone. Films are no doubt a reflection of society, as films reflect how people think and the way they tell stories.”

Meanwhile, Renaud Palliere, CEO, International Development of PVR said, “We are delighted to partner with the Royal Thai Embassy to bring Thai culture to the multiplex for moviegoers. With this initiative, PVR Cinemas reiterates its focus to enhance the movie-watching experience for its audience not only with bespoke hospitality services but also by screening alternate content.”

The festival ran from June 14-16 2019. The screenings were free of cost and on a first-come-first-serve basis.